The placemats of the future will be televised. 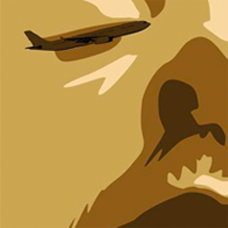 So long, diners of New York

New York has half as many old school diners today as it did 20 years ago—the kind with affordable menus and international staff, not a slew of early a.m. DJ's featured in a restaurant called Diner in Manhattan's Meatpacking district.

Healthier eating habits, rent hikes, and the "preponderance of no-refill coffee places like Starbucks" are to blame. To lose diner culture is to lose "an antidote to urban loneliness," argues George Bletcher in the New York Times.

In recent years, restaurant profits have doubled over Christmas and New Year's Eve. Thanksgiving, however, remains a dine-at-home holiday. Data indicates that this change is due to millennials.

See also: the case for enjoying a Thanksgiving feast at Cracker Barrel.

It occurred to me that people who looked like me had one safe role in my divided city: We were made to serve.

How Trump will affect our dining habits

Among the many pre-election proposals deleted from the Donald Trump's website is his stance on the FDA, which he thinks is guilty of "inspection overkill." His policies on immigration could decimate American crops, as most produce is picked by undocumented workers, and ignoring climate change as a reason for lower yields can't help. Also, he plans on getting advice from Soda Industry lobbyist Michael K. Torrey on how to address food issues. Good thing he loves Hispanics?

How to make chips and dip, nouveau-Italian style, for a machine to consume

Massimo Bottura of Osteria Francescana, voted the World's Best Restaurant, makes his signature dish of the "Crunchy Part of Lasagna"—a robustly Italian interpretation of chips and dip—and serves it to a robot.

1) "Drinking parity" achieved: women now drink about as much alcohol as men.

2) Your shampoo may be labeled "organic," but the term's probably meaningless.

I was sitting with a gigantic liter bottle of Kingfisher Beer, an Indian brew, when a drunk Indian man put his arm around my shoulder, offering consolation. He slurred that they could best us in cricket, but could never best us in beer. "I’ve had your Murree," he said. "It beats the crap out of this."

A Cookbook For Healthy Eating—In Prison.

While measures to get Americans to eat healthier are not trickling into the prison system, there is some demand for more nutritious food among prisoners. For example, Mobb Deep rapper Albert "Prodigy" Johnson has released a cookbook on how to eat better in prison. Though it hardly utilizes healthy ingredients, Commissary Kitchen makes an effort at well-being that goes beyond the sole green vegetable (green beans) the prison serves just once a week.

First American Fried Chicken in Elizabeth, NJ, made waves for being the family shop of Ahmad Khan Rahami, who's suspected of planting multiple bombs in New York's tri-state area earlier this month. A dispatch from the scene shows locals' mixed feelings about the establishment; the restaurant's Yelp page has been flooded with xenophobic and racist remarks.

"Yelp has become a de facto forum for discussing controversial events in the US today," writes Abby Carney, "like a pizza restaurant refusing to serve gay customers, and a police officer injured by a glass-laden sandwich."

Another Person of Color Outraged at Some Insignificant Thing Again

On September 13, one headline read: "Chrissy Teigen bashes 'oriental salad dressing' on Twitter." A majority of the headlines follow this same tone of "another person of color outraged at some insignificant thing again." But actually, if you read Tiegen's tweets, she starts off by saying she is "really really really really clearly not a PC type of gal."

Then, under fire for not being offended enough, she criticizes people brandishing "social media buzzwords of influence" and "all the non-Asians telling me what is offensive to Asians."

This begs the question: is the term "oriental" really so offensive? Who is really offended—Asians, or non-Asians on the behalf of Asians? These two articles illustrate how nuanced the semantics of racial politics are, and when food is involved—as in "oriental dressing"—it makes the debate sound too simple and, well, a little stupid, which of course some media companies capitalize on to generate clickbait.

Back to Teigen's original point, "oriental dressing" is an awkward coinage at a time when many menus simply read "Asian dressing" to the offense of nobody. It's not some apocalyptic call to stop eating a particular salad dressing, and to imply celebrities are advocating so in headlines is not just dumb but dangerous (see: alt-right, political correctness, Donald Trump).

This is a side effect not necessarily of excellence but of ubiquity.

Gelinaz! is an event that occurs every few months in which a handful of chefs in a particular city are invited to spend a weekend improvising meals out of four ingredients. Watch as 16 chefs make 32 dishes—with rice, egg, tomato, and peach—then watch them do it backwards and in slow motion.

Food first tread into the category of postmodern art with Ferran Adria's now-closed el Bulli; this video is evolved from that tradition.

With chains like Dunkin Donuts and Starbucks now offering cold brew, it's a sign our coffee tastes have become more refined. Or is it simply that we need food trends to latch on to, to speak about in matter of absolutes on social media?

God is a cold brew

Running away from the mainstream, there's always "flash-brew."

Post-Brexit, Britain is likely going to lose its right to brag about its famous curry houses—or it'll probably continue to brag, but the food will indicate something else. Why? With a shortage of skilled South Asian staff, who already received the brunt of Britain's harsh immigration laws even before Brexit, restaurants will be forced to rely on graduates of learn-curry-quick crash courses (that nobody seems interested in taking).

One chef hopes that Brexit will be friendlier towards immigrants from former commonwealths, but the overall outlook is bleak.

A gay restaurant is a throwback to that time, long, long ago, before the American palate had been Bourdained.

The Critic and His Steak Knife

Bad reviews by Pete Wells, the New York Times food critic, tend to go viral. Whereas restaurant reviews of yore focused simply on food, now they have to be like features, and make people who live outside of New York interested in reading them as well.

An analyses on how the tones of food reviews have changed over the years, and a behind-the-scenes look at the life of a man who inspires fear, rage, and sheepishness from America's cockiest chefs.

Related: from our archives, photographs of top New York restaurants when they're completely empty. Because "the interior of a Papaya Dog deserves as much attention as a more expensive restaurant—they both represent and show New York."

Welcome to The Morning News Tournament of Books, 2017 edition.

The oceans are under assault, and not just from the White House and friends.