It’s the last Wednesday of the month, so it’s time for another episode of what the writers have recently been loving: restaurants in California, television in Japan, vitamin-laced candy, and more. 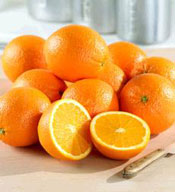 I discovered oranges many years ago and never turned back. These things are crazy! First of all, you can drop one on the ground and it’s still good to eat because of that tough skin. And once you get that skin off, it’s like a globe made of sweet, refreshing candy built for sharing. They have zest and navels and come from flowers. Obsessive-compulsives and marijuana addicts can enjoy them on an almost molecular level, as they pick at each orange section and remove its thousands of other tiny little juicy sections, one at a time. Plus, oranges cured my scurvy. What have you ever done, grapes? —Todd Levin 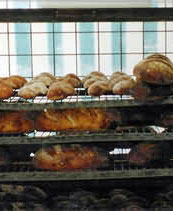 Petaluma is a small town in Northern California, about an hour outside San Francisco. On its main street, you’ll find Della Fattoria, a small bakery and café so pleasant it will make you feel loved. It’s filled with flowers and the smell of food made with care. Stay for a bowl of beans and a few slices of organic bread seasoned with Brittany sea salt. Read your paper at the common table decorated with cracked pomegranates, and linger over your latte bowl with a small piece of cake. The buttercream will lift weight from your shoulders. The bathrooms are through the brick-oven-warmed kitchen, past row upon row of rising bread. —Maggie Mason

The unavoidable future of television on the internet may be slow to download, but if there are more sites like TV in Japan, then there’s not much to worry about. All the programming that I ignore on American television (game shows, commercials, instructional health programs) is somehow 10 times better in a world of hyperactive talking bath basins and stomach virus Yakuza. Or maybe that it’s just so foreign to me that I can’t even make an attempt at being critical. —Llewellyn Hinkes 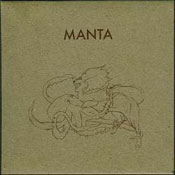 Manta is the endlessly creative Marianna Ritchey, who once fronted Badger King, an excellent experimental-pop (for lack of a more adequate term) duo out of Portland, Ore. Classic Battles, her first album under the new moniker, is a fresh, aggressive take on the unique Badger King sound, though with an even greater focus on her wonderful vocals. —Andrew Womack 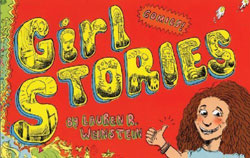 Lauren Weinstein’s Inside Vineyland is one of my favorite comic collections of all time. It has that same dark anything-goes absurdity in which Michael Kupperman excels, but with a sense of human heartache that transcends anything like the annoying comparison I just made. Her newest collection, Girl Stories, is a big departure from Vineyland, in both content and style. A loose, nervous drawing style illustrates autobiographical tales of awkwardness, longing, and that ugly but uncontrollable hormonal desperation for love and attention that are the hallmarks of middle school. And every other year. —Todd Levin

There seems something sinister about medicine disguised as candy but since Gummy Vites are vitamins, I guess they’re exempt from that rule. Better tasting than Flintstone vitamins—actually, better tasting than most gummy bears—just two of these little buggers give you 120 percent of a four-year-old’s recommended daily allowance of folic acid (or 60 percent of yours). I didn’t think life got better than this until the manufacturer introduced Calcium Gummy Bears. Slighty gritty texture aside, these are so good the fact you have to eat eight bears to get 100 percent of your RDA of calcium is pure ursinine joy. —Beth Milton 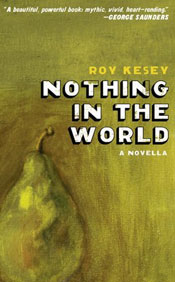 You know what are good? Novellas. They’re a nice length if, like me, you haven’t got much of an attention span, and they’re a good size to keep in your pocket on the subway ride to work or to see your probation officer. And you know what’s a good novella? Roy Kesey’s Nothing in the World, winner of the Bullfight Review’s Little Book Prize—which already guarantees that it’s better than all the other novellas that, while probably great, didn’t win. Nothing in the World is the story of a Bosnian sniper gone AWOL, wandering the countryside in search of a singing girl. It’s gruesome and harrowing and funny and sad, and you should get yourself a copy right freaking now, OK? —Pasha Malla 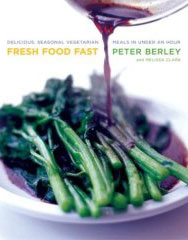 Let’s say you’ve just visited the doctor for the first time in 10 years and learned your cholesterol is much too high. And advice point no. 1, delivered so strenuously even you can see its logic, is no more mayonnaise sandwiches. Point two is to cut down on all the lamb, marbled meat, and long-simmered fatty cuts of any animal. Cue, stage-left, Peter Berley and Melissa Clark’s Fresh Food Fast: Delicious, Seasonal Vegetarian Meals in Under an Hour, which is exactly what it says it is, with menus organized by season; an easy and educational way to incorporate more greens. —Rosecrans Baldwin 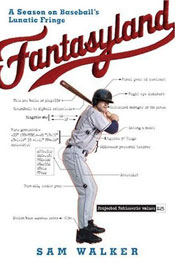 Sam Walker’s Fantasyland is a must-read for serious fans of the National Pastime. For one year, Walker joins the ultimate rotisserie baseball league, where the statistical analysis literally requires rocket science. Fantasyland is more than just a hilarious recounting of Walker’s burgeoning obsession, though, and Walker paints a nuanced picture of the ongoing baseball war between old guard scouts and the stat geek ideologues and their misfit personalities. The perfect book for any fantasy “owners” who’ve frantically checked box scores at 1 a.m. to see if their backup outfielder finally broke that endless goddamned slump. —Tobias Seamon 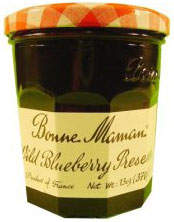 Over the years my tastes in peanut butter and jelly sandwiches have changed. When I was a child it was creamy on white with a dollop of grape, but lately I’ve held firm at all-natural chunky on oat-wheat with apricot preserves. (The accompanying beverage has always been the same, though now it’s always of the skim variety.) Now, for the first time in at least five years, I’ve fiddled with the recipe, and it will be a long time before I give up my Bonne Maman Wild Blueberry Preserves. Though its consistency is similar to grape, it’s far less sweet, and—unlike some more unfortunate berry preserves—utterly seedless. —Andrew Womack

I have a lot of A/V equipment because I live perilously above my means. As such, I’m no stranger to universal remotes. My last universal remote was so large and complex that it became a constant source of apology and shame. It was like the telltale heart of conspicuous consumption. The Logitech Harmony Universal Remote changed all that. It’s a little ugly, but not prohibitively so, and you program it through a U.S.B connection and online questionnaire. When you’re done, just press an activity button, and the Harmony does all the heavy lifting. Hit the “TV” button to watch TV; the “DVD” button to play DVDs—and the schnozberry button tastes like schnozzberries! It’s so simple I want to smash it against the wall. —Todd Levin

Gorgeous, rollicking, completely labyrinthine but at the same time very carefully controlled, All the King’s Men, the 1946 novel by Robert Penn Warren, is not exactly unknown (it was #36 on Modern Library’s 100 best novels list), but it is a hell of a good book. The sheer force of its energy has kept it relevant for the past 60 years. This fall Hollywood will release another movie version of it, this time by Steven Zaillian and starring Sean Penn; if you haven’t read it, try to get it done before the movie comes out. You won’t regret it. —Anthony Doerr 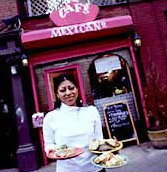 I have the blessed misfortune of living about six doors down from Café Mexicano, a hot-pink, hole-in-the-wall Mexican lunch (and dinner) counter in Park Slope, Brooklyn. Every time I walk past, I’m tempted to duck in for a luscious, spicy tamale, made just like a friend’s abuelita did for me in Guanajuato. Cafe Mexicano also serves lesser-known delicacies like tlacoyos (like an arepa or a gordita) and tamales stuffed with huitlacoche (a corn fungus that tastes like a mushroom), as well as good old Mexican tortas, or sandwiches. Thanks be to Quetzacoatl, New York finally has real Mexican food. —Liz Entman 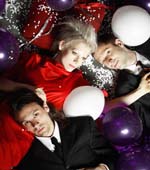 With their latest release Nest of Machines, Edison Woods takes another step away from its more quiet beginnings. The result is still slow, mysterious, and instrumentally moody music, but singer Julia Frodahl is less restrained, commanding each song with unabashed melancholy. This is a soundtrack for graveyards on a sunny day. —Pitchaya Sudbanthad

It was nice to see Locanda Vini e Olii included (and photographed) in New York’s recent best-of-Brooklyn-restaurants round-up, especially since, given its terrible location for all but Clinton Hill and Bed-Stuy locals, it’s often overlooked. But the food, character, and service are all tops—the menu gives no apologies for its strictly slow-food Tuscan point of view; the staff doesn’t wink when they speak Italian to you, even if they learned it at RISD; you used to be able to buy the water pitcher off the table until they sold out, and you rarely need reservations on weeknights, making it a wonderful stroll-spot in a quiet patch of brownstones. If only they served grappa… —Rosecrans Baldwin