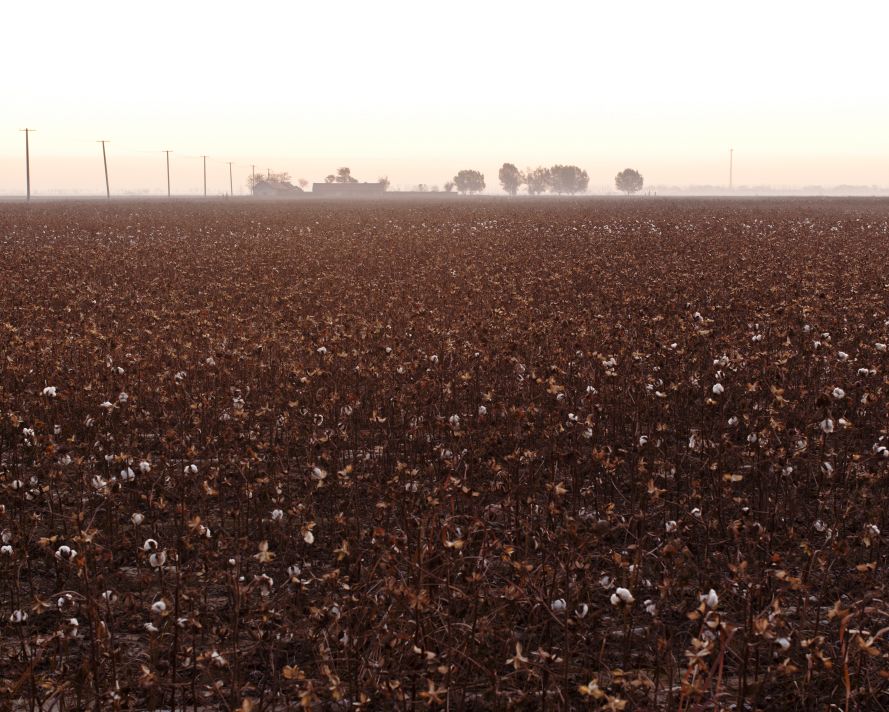 Boxing, Nov. 12, 2010: An industrial-scale cotton field, ripe for harvest, is lit by the morning light. (Photo by Toby Smith. Reportage by Getty Images.)

Toby Smith is an award-winning contemporary reportage photographer specializing in environment and energy matters. Since graduating with an MA in Photography from LCC he focuses on long-term personal, international editorial, commercial and contemporary works for exhibition.

His feature stills and video work has been published by editorial clients such as National Geographic, GEO, the Telegraph, the Sunday Times, The Guardian, Fortune, TIME, the New York Times, the BBC and Sky News.

All images © copyright the artist, all rights reserved. 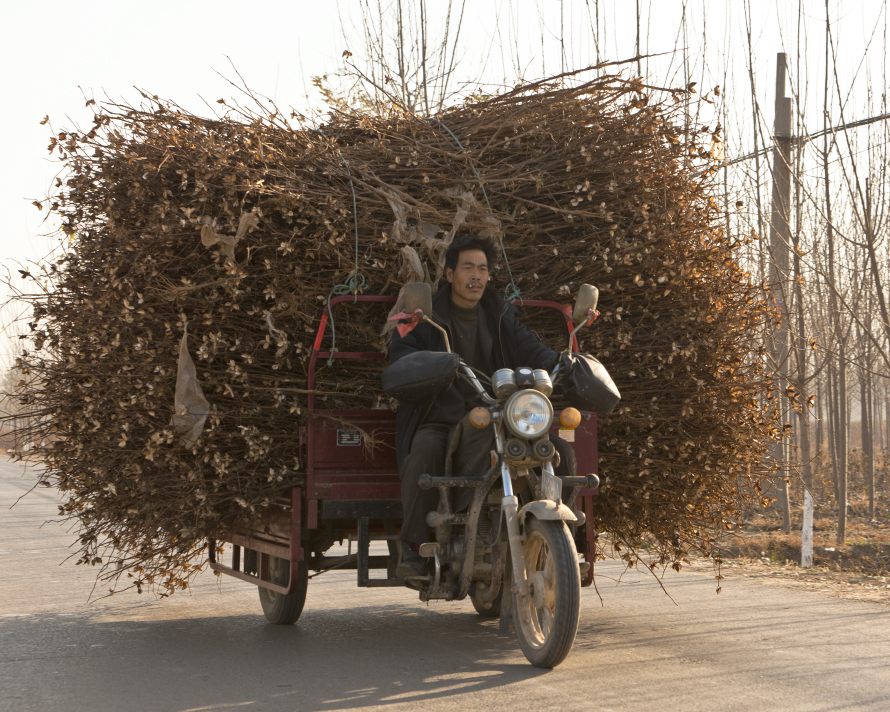 Boxing, Nov. 12, 2010: A three-wheeled motorbike carries harvested cotton stalks for stockpiling and eventual sale. The cotton stalks are dried and sold for biofuel and electricity production. This is a new market for an otherwise unused agricultural waste product. (Photo by Toby Smith. Reportage by Getty Images.) 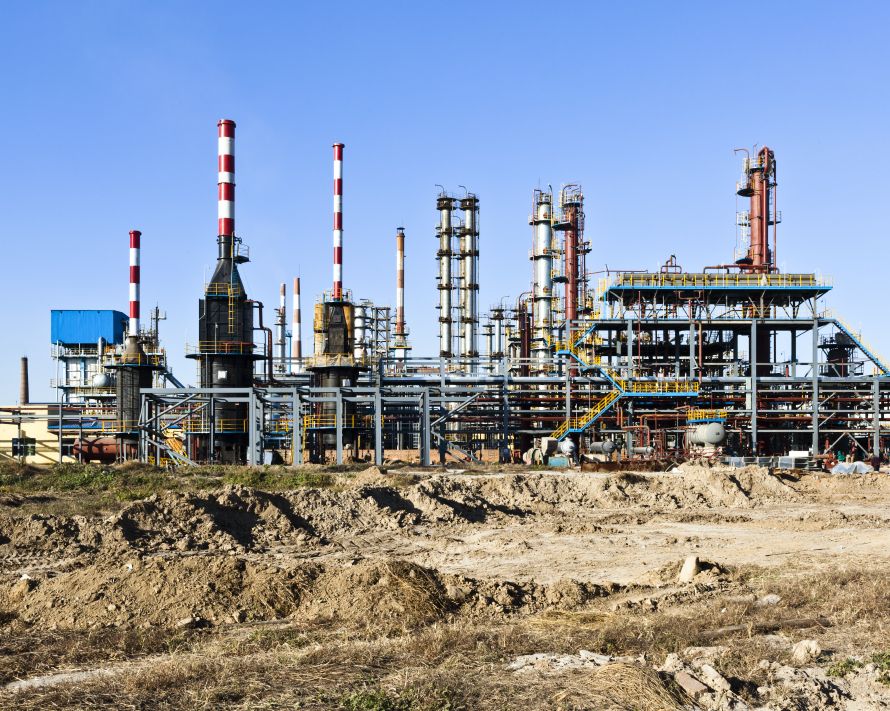 Boxing, Nov. 13, 2010: An oil and gas refinery with a neighboring biofuel power station. Part of the refinery’s energy needs are supplied as heat and steam from the biofuel combustion. (Photo by Toby Smith. Reportage by Getty Images.) 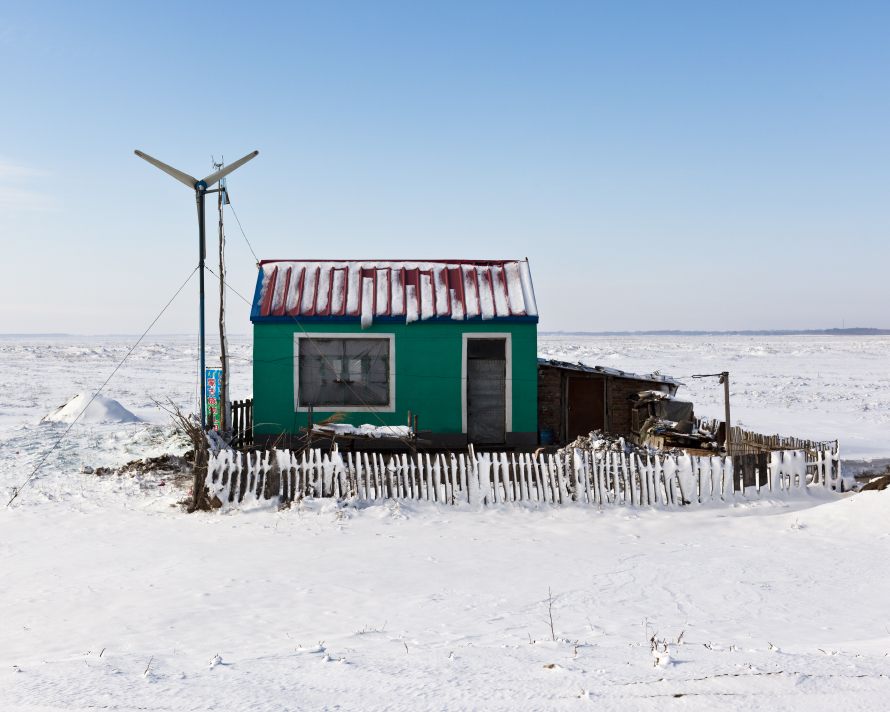 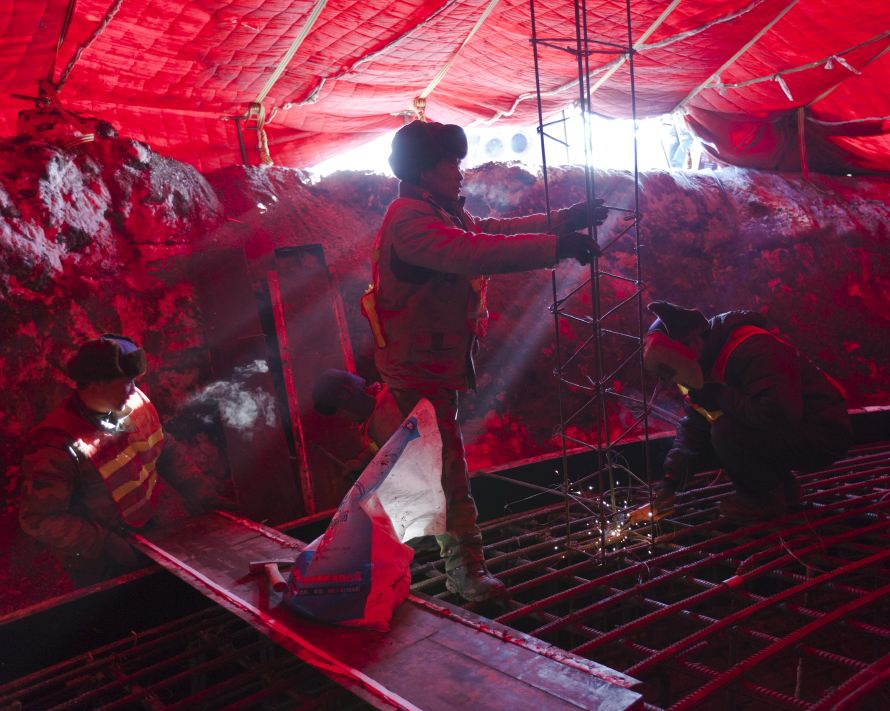 Xi’an, Nov. 17, 2010: A wind farm in Inner Mongolia braves the harsh -20°C winters. The project is being expanded rapidly in phases of 33 megawatts or more to avoid the bureaucratic process of national planning. The concrete foundation for the tower must be insulated and kept above 10°C during curing to prevent cracking. (Photo by Toby Smith. Reportage by Getty Images.) 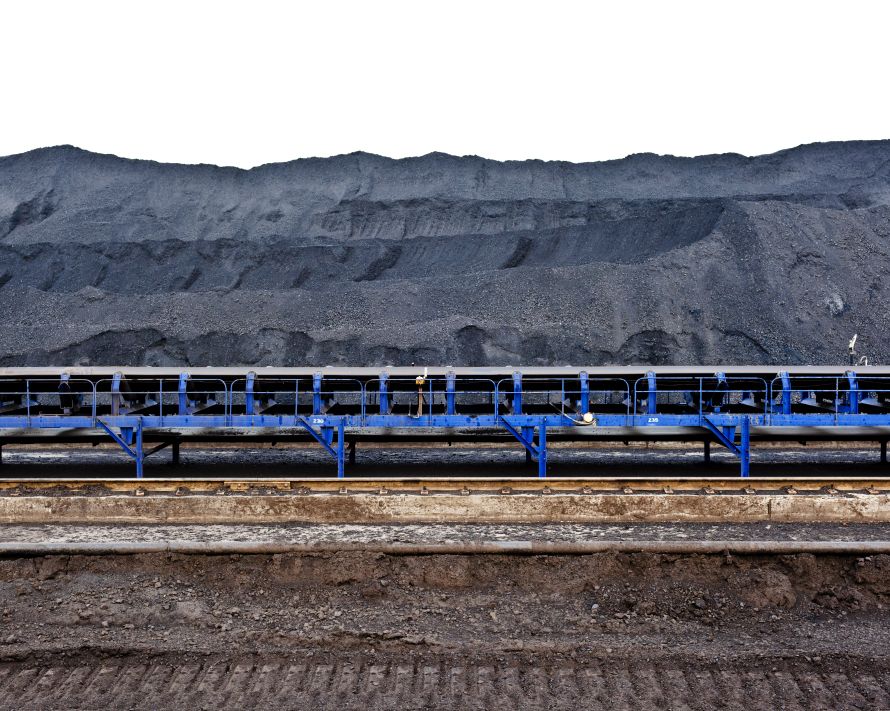 Fangchenggang, Nov. 22, 2010: High-quality coal from Indonesia is stockpiled on a coal field holding a 30-day reserve. The coal is for combustion in a super-critical coal power station, which requires better quality coal to maintain the high temperatures and pressures. (Photo by Toby Smith. Reportage by Getty Images.) 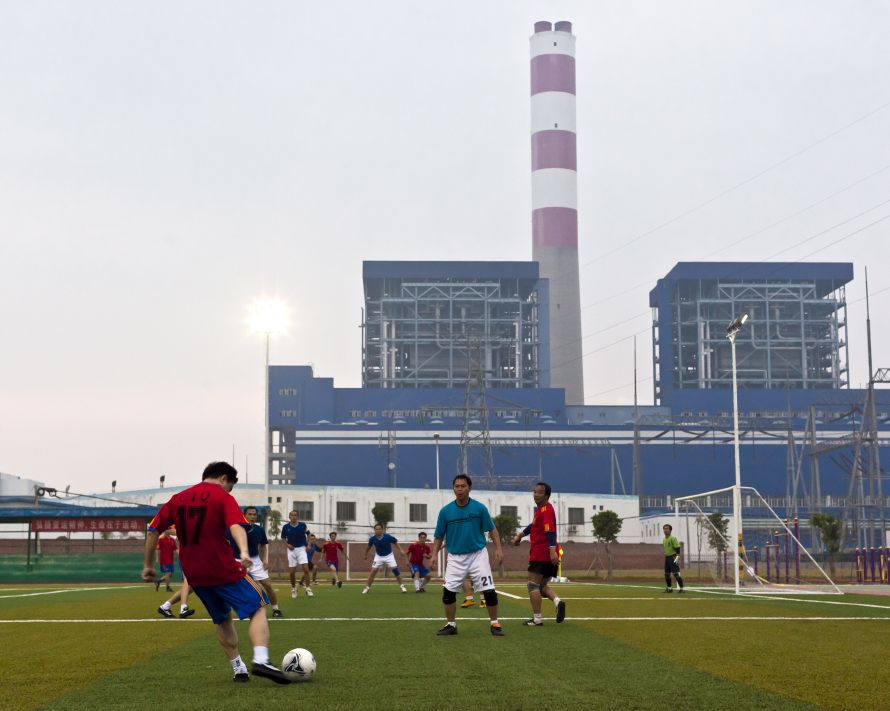 Fangchenggang, Nov. 21, 2010: A football match between power station employees and a local shipping firm is played in the shadow of a super-critical coal power station. (Photo by Toby Smith. Reportage by Getty Images.) 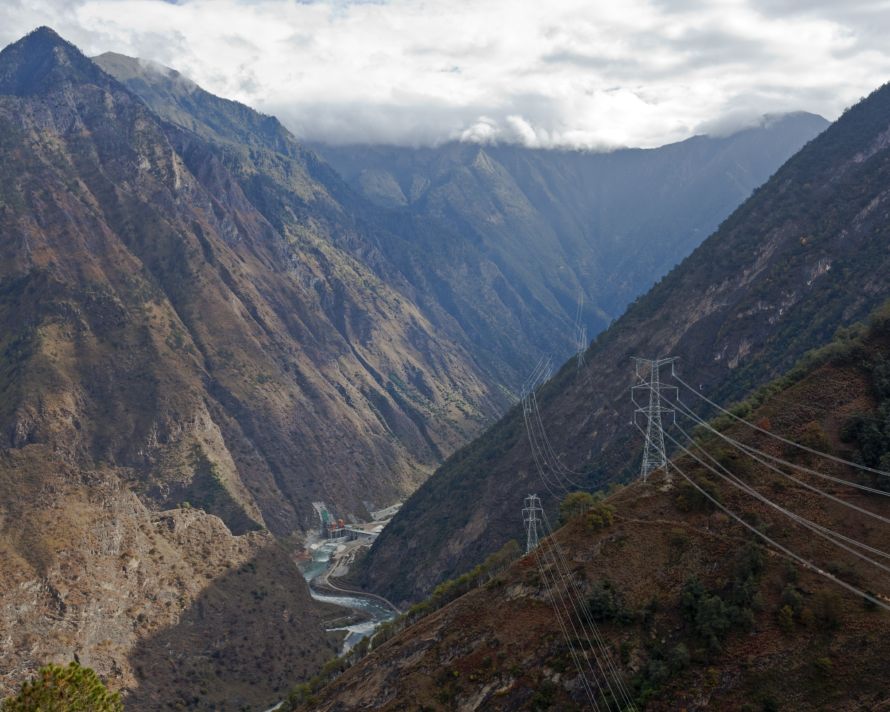 Jingbian, Nov. 30, 2010: A dam under construction begins to redirect the flow of the Yalong River into underground tunnels for power generation. (Photo by Toby Smith. Reportage by Getty Images.) 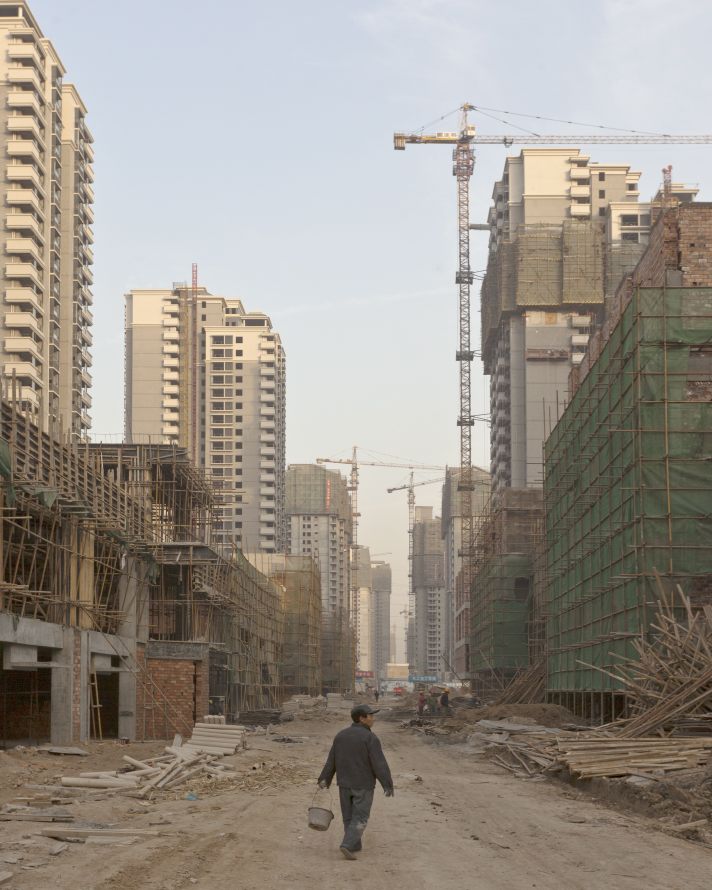 Xi’an, Dec. 11, 2010: Xi’an is experiencing rapid growth in residential real estate. Subsidized by the local government, the schemes enable the housing of rural migrants and the movement to consumerism to encourage GDP growth. (Photo by Toby Smith. Reportage by Getty Images.) 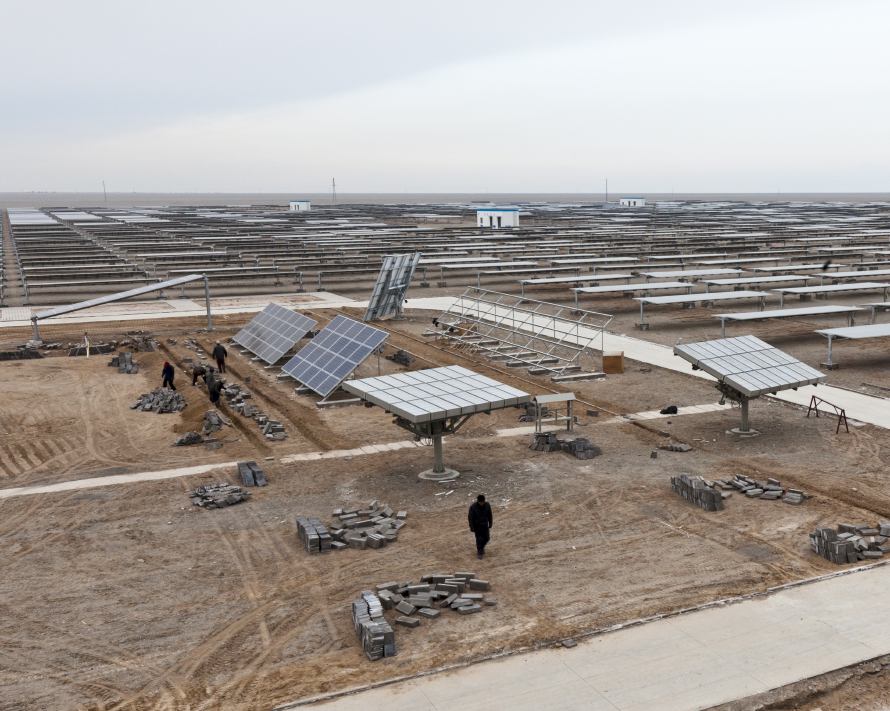 Gansu province, Dec. 14, 2010: China is developing massive solar resources in the Gobi Desert. Forty megawatts are already online, and that capacity is expected to grow exponentially with the planned installation of 12 gigawatts within 15 years. (Photo by Toby Smith. Reportage by Getty Images.) 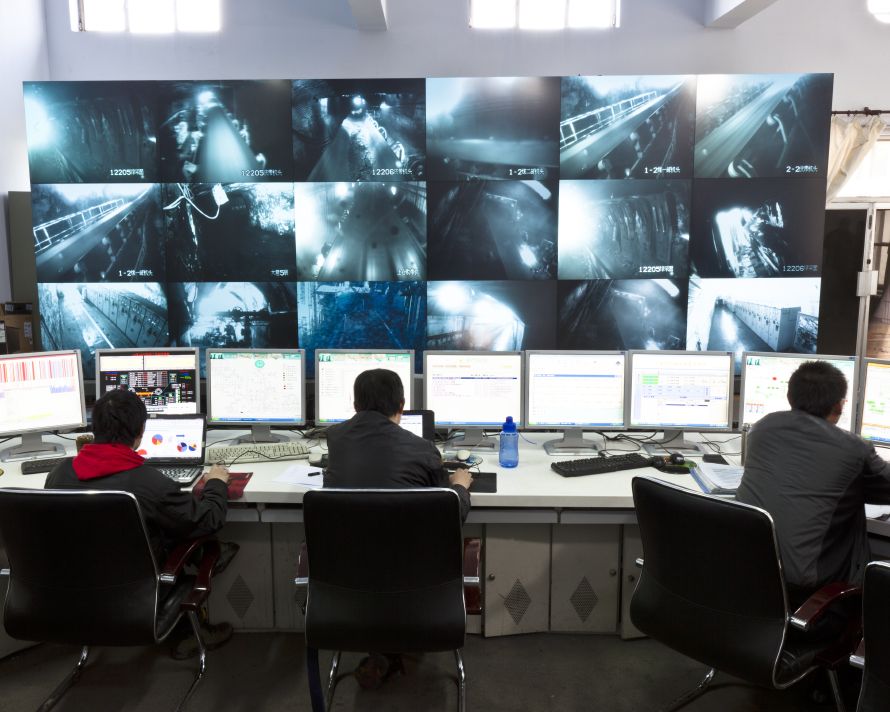 Ordos, Dec. 19, 2010: As China’s thirst for coal continues to grow deeper and deeper, seams are being explored. This modern mine operated by Shenhua Group has a modern hydraulic coal face operated by a smaller work-force. (Photo by Toby Smith. Reportage by Getty Images.)
TMN:

Describe the breadth of the project. How much of the country and industry did you see?

The sheer enormity of the geography, population, industry, and economy of China is extremely daunting before and after arrival on the ground. It would be naïve to claim I could encompass or even experience it all at once. I preferred to choose sites that are representative or a metaphor for the wider picture without claiming I have reached a conclusion.

China’s vast need for energy is well known—how would you characterize its efforts to produce it?

In my recent talk at The Frontline Club, Jim Footner of Greenpeace described the “and, and, and, and” philosophy of Chinese energy production. Western energy policies of the 21st century are choices between different technologies influenced by economic, political, or lobbied forces. Yet China operates and develops its strategy on a resource-based approach.

They are blessed and cursed with enormous coal reserves that have long driven their economy. Increases in coal production and coal efficiency through super-critical plants is planned. Marginal land of the Gobi Desert is blessed with wind and solar resources, so turbines and solar panels are being commissioned at top speed. Upscaling this production beyond domestic needs helps China flood international markets with a cheap unit price. Communism, the Confucian mentality, and huge ambition help implements all of these projects at a blistering pace in very hostile geography.

Your past projects grapple with industry, architecture, energy, waste. Is your reportage politically motivated? Does inspiration come from the objects you shoot or the stories behind them?

They are all a factor, although motivations and inspirations can often only be a trigger as the real project reveals itself once rolling. To give integrity to the work, I need to ensure I ask questions and remain open-minded rather than painting what my own agenda, funding partners, or that of an advocacy group wants to see.

My first project, “Light After Dark,” considered and obsessed on how the objects—power stations—were situated in the landscape, which then became a tool for editors to tell their own stories. At this period I was concentrating on only the architecture and its aesthetic, but it began my obsessive interest and research into the wider subject.

“The Renewables Project” told the story of hydroelectricity in Scotland by balancing the landscape, people, and technology. I was inspired by the story of how renewable energy was implemented over 50 years ago across what is considered still to be a pristine landscape. I wanted to contrast the modern “bicker” of renewables implementation with what beauty I saw in the dams and engineering.

After visiting China, politics and global economics will feature much higher in my choices of future work and research. Significantly because reporting and investigating the aesthetics alone is not deep enough.

If you redid this China project in five years, what would you expect to find?

I wish had the answer because it concerns the global economy and has ramifications far beyond Chinese soil. China has a huge self-interest to clean up environmentally with threats of climate change, energy poverty, health, pollution, and civil instability. It will be a monumental task for them to switch from coal and stabilize economic growth. However, before we lose faith or recount the horrific recent past of Chinese pollution, consider how they often meet or even beat targets of construction or implementation. Proposals for emissions and decarbonization of the West, particularly the U.S., are marker pins we toss into the short-term political future with no hope of reaching them long-term.

Prophetically, I envisage and hope I would see hundreds of miles of turbines lining the Gobi Desert before descending from the still snow-covered Tibetan Plateau into an ocean of solar panels glistening in the sun. However, if we do not curb our own greed for oil, the Chinese economy could as easily respond profitably with further controversial plants that convert coal—from beneath an Indian Rainforest to crude oil using the last precious polluted drops of the Mekong.

How’s the photography scene in London?

I can’t resist drawing a parallel with my last answer and state that it has become slightly more Chinese of late. Rather than moaning about budget slashes, it seems to be getting on with what it has and still producing great innovative work in a scarred media landscape.

I must confess to have been self-absorbed of late setting up a new collective studio for 20 other photographers. I can only accurately report from within our four walls. We don’t share output, styles, or clients, but we do share equipment, problems, the motivation, creativity, and energy to move forward at top speed.

What are you working on presently?

I’ve just come back from the Perpignan Photojournalism Festival, and I am keen to follow up with project ideas and image placements with publications I spoke with. Now that the studio base in London is completed, I am building an expedition vehicle so that I can complete some longer, deeper stories in the UK and Europe without going bankrupt on hotel bills or getting stuck in the snow of Norway in winter.

The Scandinavians are spending a lot of money on researching carbon sequestration technology. There’s massive holes in the science and practicalities but incredible potential if it actually works. It mirrors a newfound desire to visually support and document loss-leading science projects that are developing green or clean energy technology. Sadly it is these “loss leaders” with the potential to solve our biggest questions of the next few decades that are cut with the budget deficits of this year.

I’m also concerned that the Americans, Russians, and Chinese are keen to make a botched job of arctic oil extraction or—worse—start fighting over it. Visually that involves floating nuclear reactors, sub-sea mining equipment, and the ramping up of a naval arms race for the North-West passage.