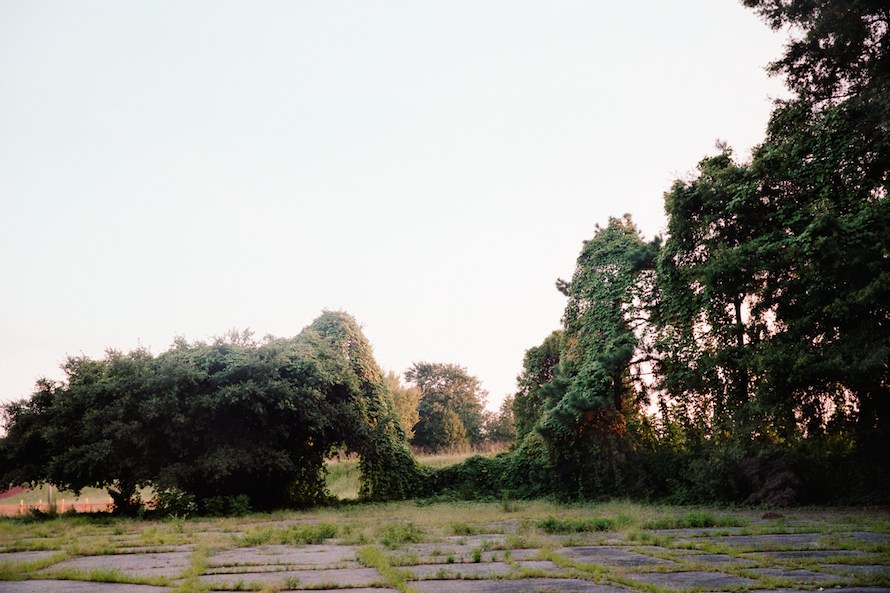 Aaron Canipe is a native of Hickory, NC, and moved to Durham, NC, to pursue an MFA in Experimental and Documentary Arts at Duke University.

Prior to Duke, Aaron earned a BFA in Photography from Corcoran College of Art + Design, where he earned recognition through the Ann Elson Memorial Prize and the Stephen Lee Szabo Memorial Award. When not creating his own images, Aaron produces print and online features for Empty Stretch to showcase emerging photographers. 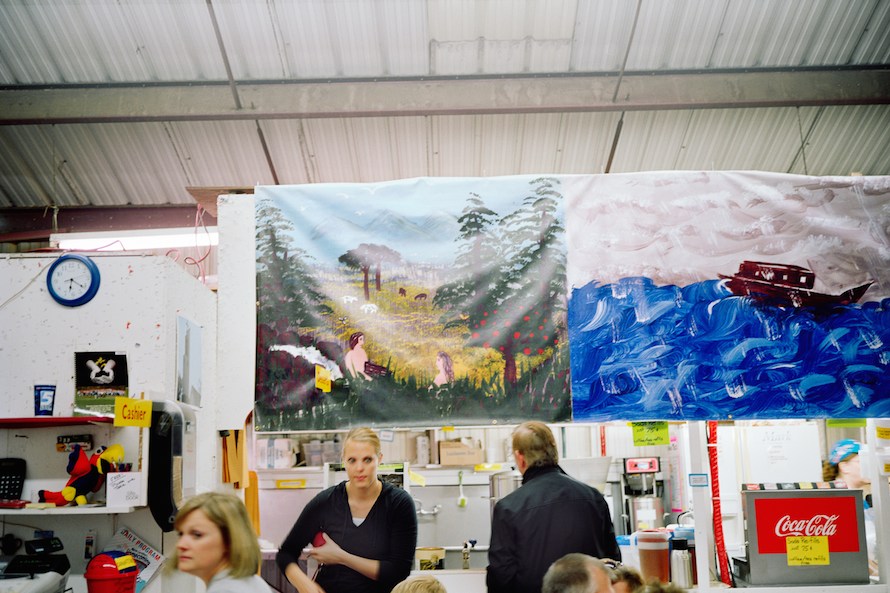 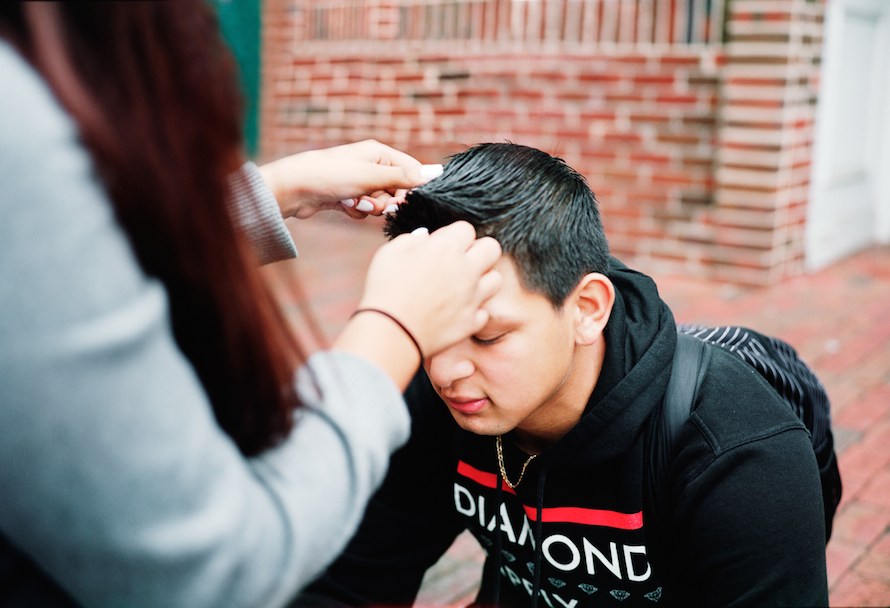 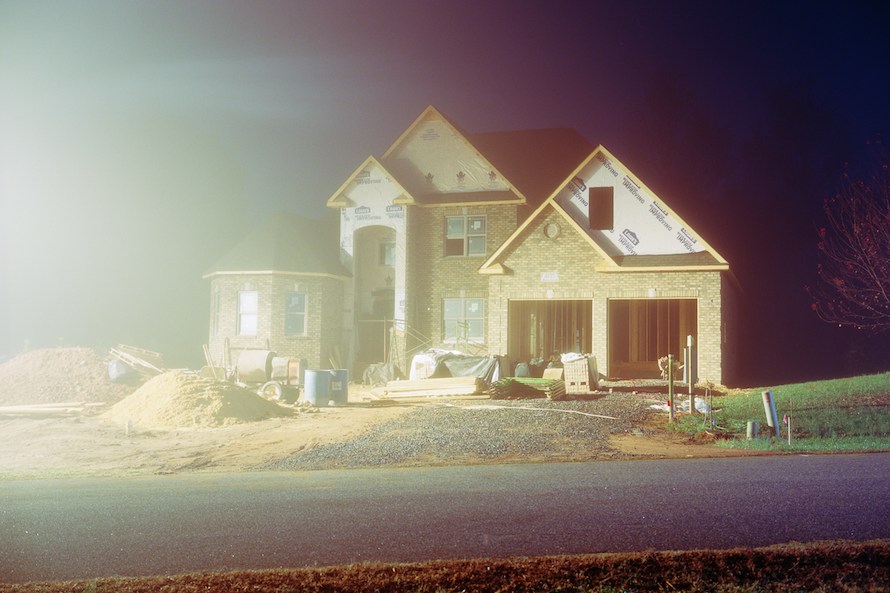 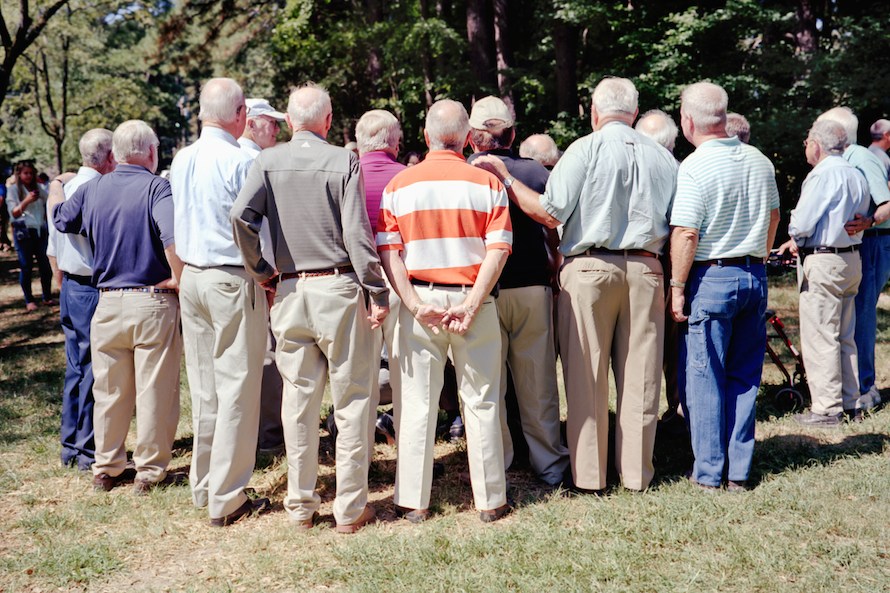 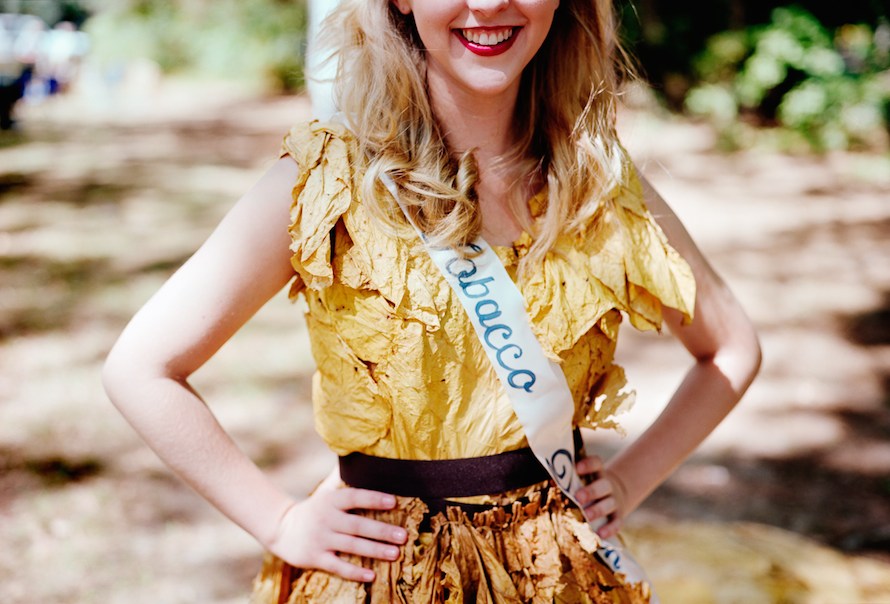 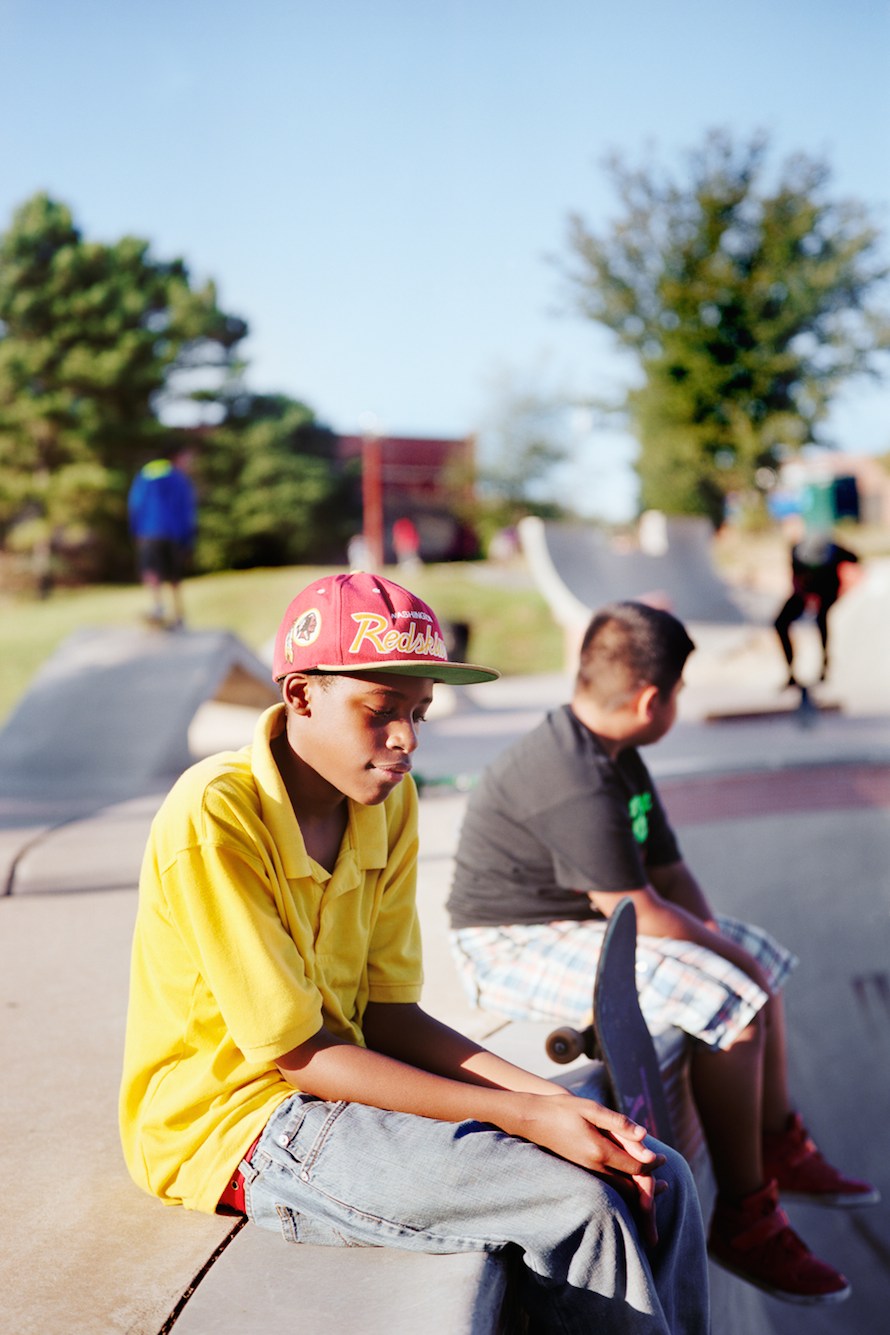 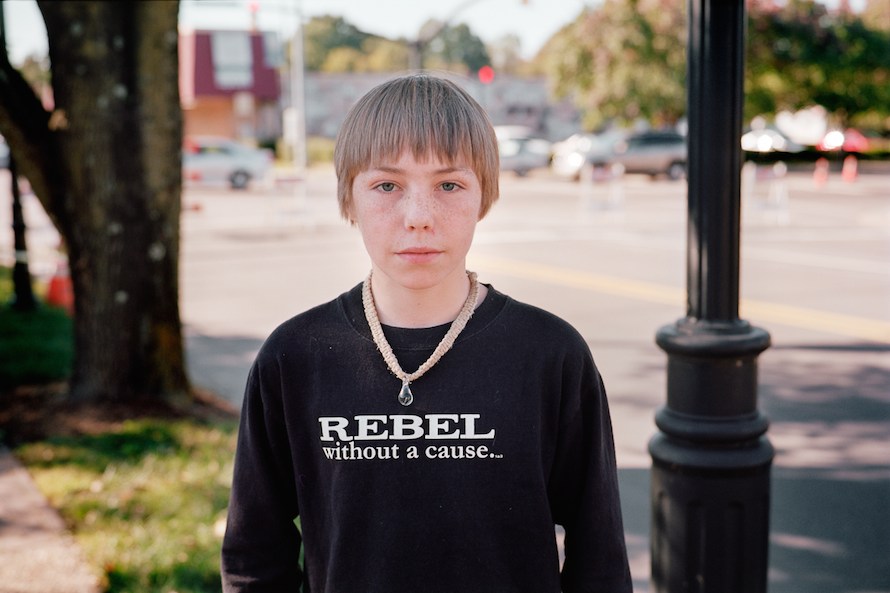 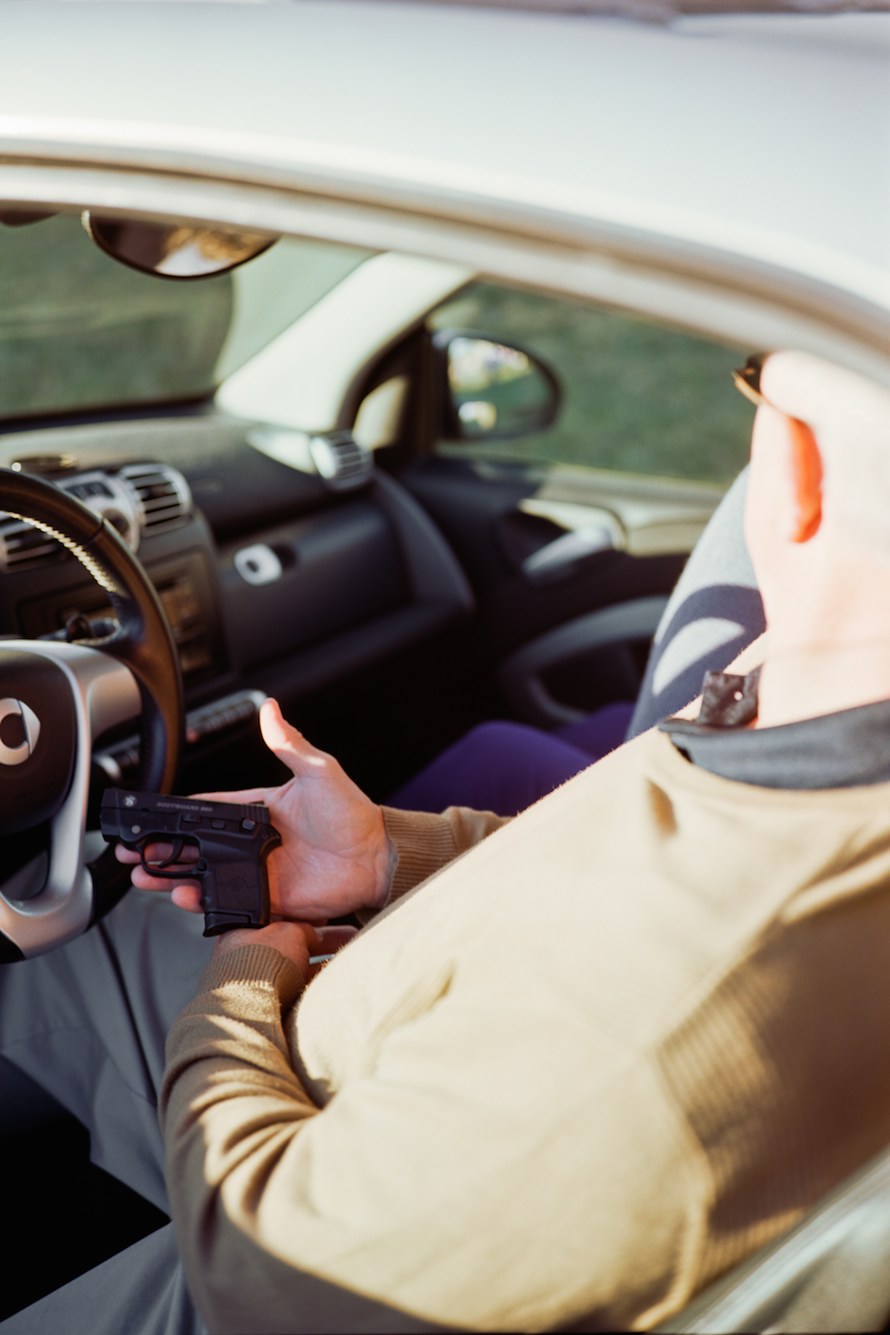 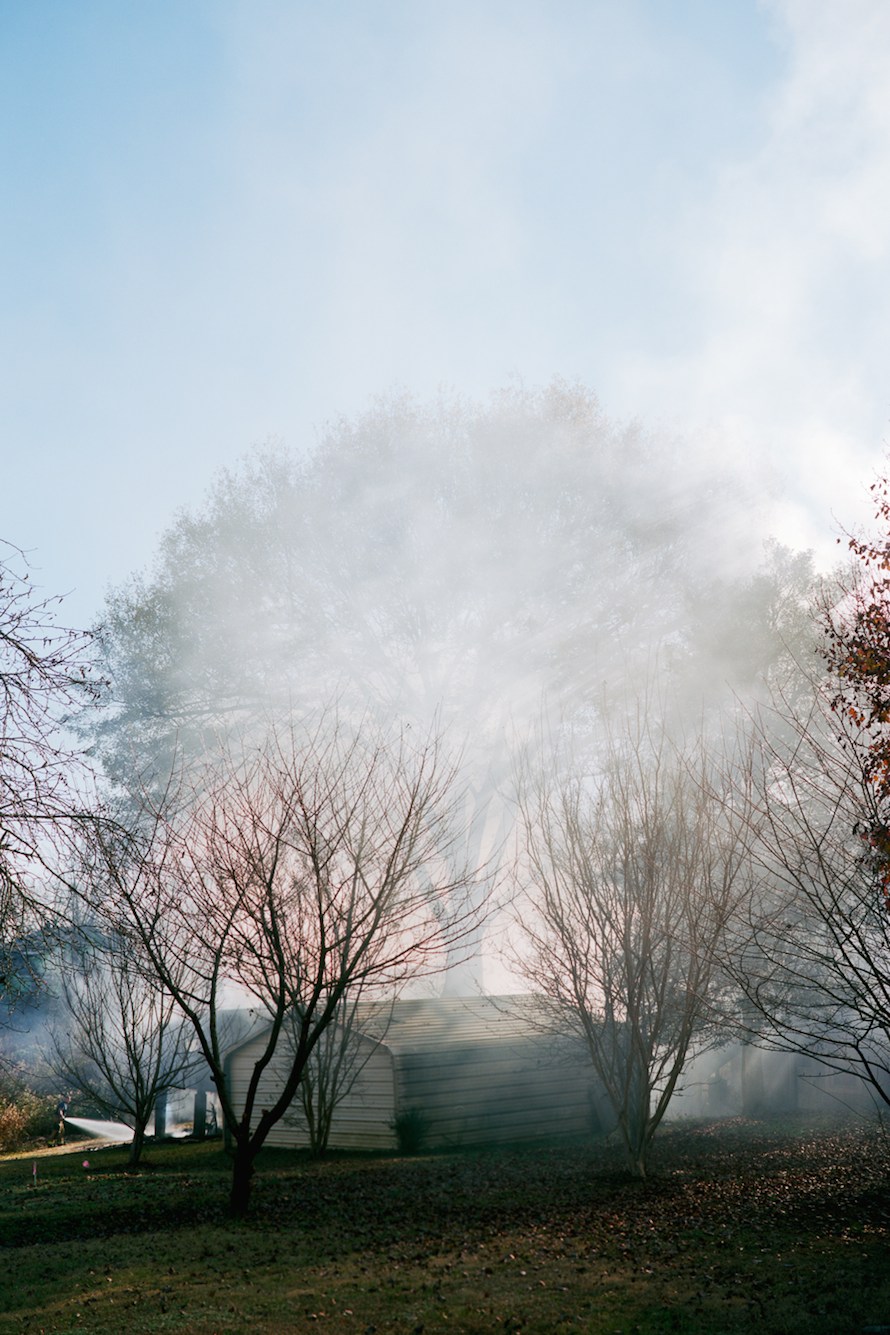 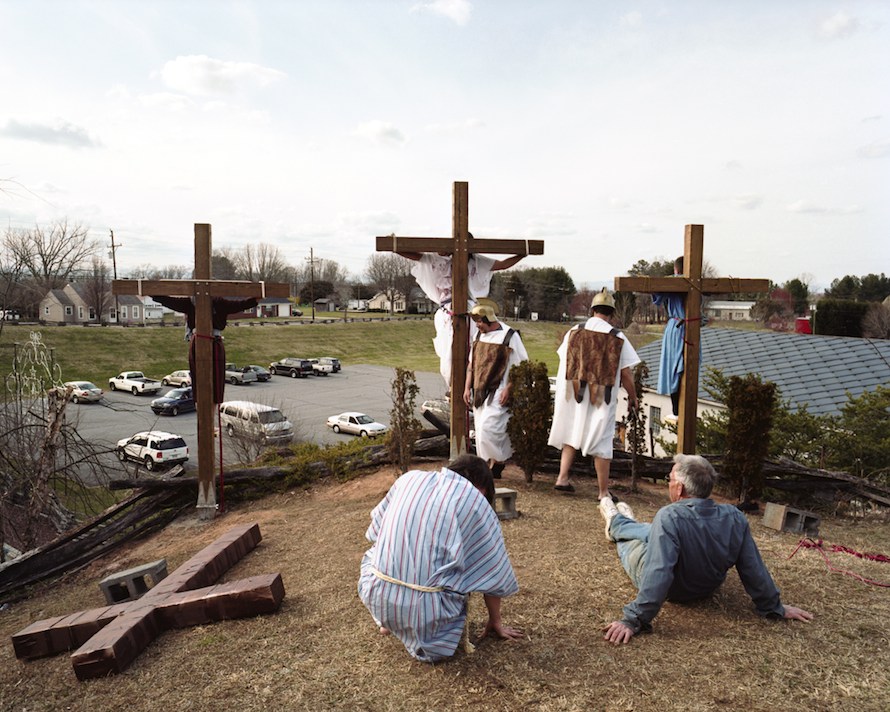 Talk us through how you got started on “Grace Happens.” Where does the series stand in relation to your previous work?

“Grace Happens” sort of started at the end. I began my first semester in graduate school at Duke with only a skeleton of an idea of what I wanted to photograph. I knew I wanted to photograph around the North Carolina Research Triangle and Highway 15-501, Tobacco Road. This part of the world has seen a lot of steady growth over the past few decades and exponential growth even in the past few years.

It’s another chapter in my body of work about North Carolina. Whereas other iterations focused on my unchanging home in the foothills, “Grace Happens” is about upward movement. I was interested in documenting what we’re building and making. This idea is best seen, I think, in our own backyards in North Carolina, so I began by walking around my neighborhood in Durham. I made a photograph of a car’s bumper with a sticker on it that said “Grace Happens!” in a wonderful script typeface, evangelizing a church in the area. For a while, it was just another negative in my sleeves, but that idea stayed in my subconscious while I was out in the world making pictures and editing down the final sequence.

I began to think about the photographs of adolescents in relation to a changing landscape, how they mimic one another in their growth. I looked for these things but found that these subjects were stand-in’s for me as a growing artist. When light and form and color are assembled just right in that rectangle some kind of grace happens for me.

Several of the photos allude to religion or depict religious scenes. Does religion play a key role in your personal connection to North Carolina?

That idea of grace happening in photography comes for me when a tremendous amount of faith is put into your tools, ideas, and your eyes. I rely heavily on faith when looking for photographs—I never know exactly what I’m looking for, only that I’m looking. It’s sometimes a dangerous way to be strung along by faith, without any specifics. There’s a balance I strive for.

Of course this kind of faith alludes to God, and after being raised and active in the Lutheran church it’s hard to not see a holy light emitting from the world. You want to keep it with you and represent it in a print. You want it to fill you up.

I’ve spent a number of lovely summers in Durham, but a Durham native once described it to me as the “least sexy city there is.” How so?

Maybe it’s because I didn’t grow up with Durham as my backdrop but I disagree. Durham is full of character and maybe that translates to sex appeal also. Any city that I can leave quickly is sexy.

So now that you’ve set up home there, what do you admire most in your fellow Durhamites?

I admire the city a great deal and what it’s doing in terms of preserving some of the structures from the height of smoking tobacco and cigarette production. I think it’s a way North Carolina itself can keep some of the rich history intact, even though some of the expensive retail and housing can price folks out of their own part of town. I admire the sense of community that I’ve felt and have been welcomed by when going out with my camera.

You’re active on Instagram, where you share diverse shots of whatever you encounter around town. And your feed includes what seems to me like portraits of North Carolina that could fall into more “formal” series such as “Grace Happens.”

My Instagram feed is probably my photography at my most diaristic, and it’s tough knowing how it does fit in with my other images. Maybe it’s a branch of my work, or a separate root system altogether. It’s more immediately social and sometimes a reference for images I wanted to take where the details are evident. I’d like to think they’re more than just photographs along the way to something else.

Phone camera aside, do you tote another camera with you every day? How do you decide which scenes to capture with which medium?

I do my best to bring another camera with me when I’m leaving my house or studio. I have fun with all realms of photography. I wish I had a method for determining which medium goes with what scene. Sometimes it’s both at once. In the same way photographers need to listen to what their images are saying back, I listen to my intuition when making that decision about medium or format. Sometimes that means whatever is closest by or convenient and sometimes it means that a more difficult and cumbersome large format camera is required.