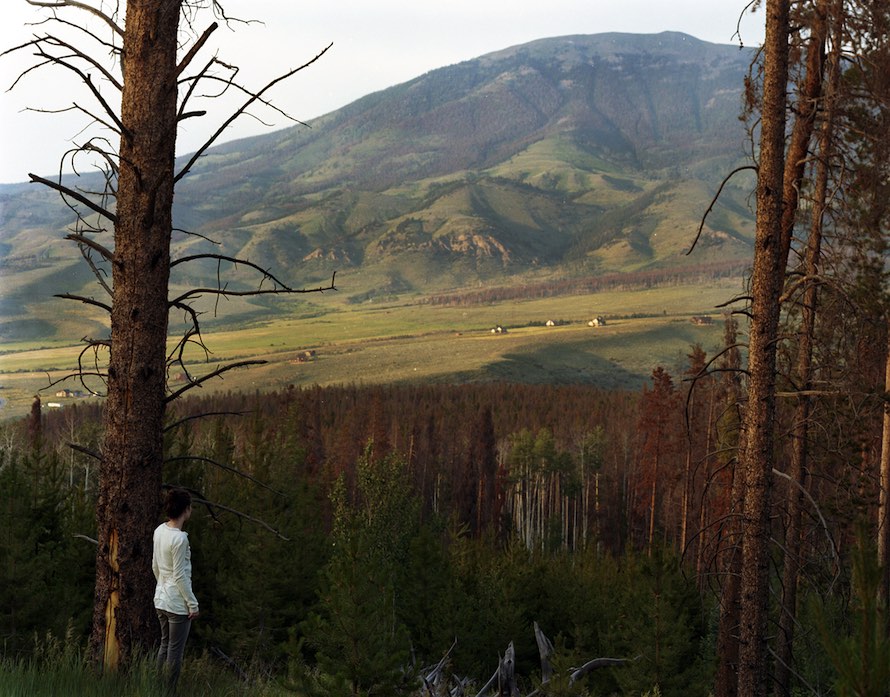 Over seven years, a photographer watches a beloved forest suffer from a “massive tree mortality event,” then gradually recover and morph into something new.

His series “In These Woods” provides a lesson in entropic beauty.

He openly collaborates with non-profit organizations and educational institutions alike. In 2005, Chehak joined MAP and began executing editorial features and print campaigns in the US and Europe. He earned one degree in Humanities from NYU and another in Art History/Photography from Sarah Lawrence College, where he studied closely with Joel Sternfeld. He is currently completing an MFA degree with Frank Gohlke at the University of Arizona, where he also instructs undergraduate Studio Art. 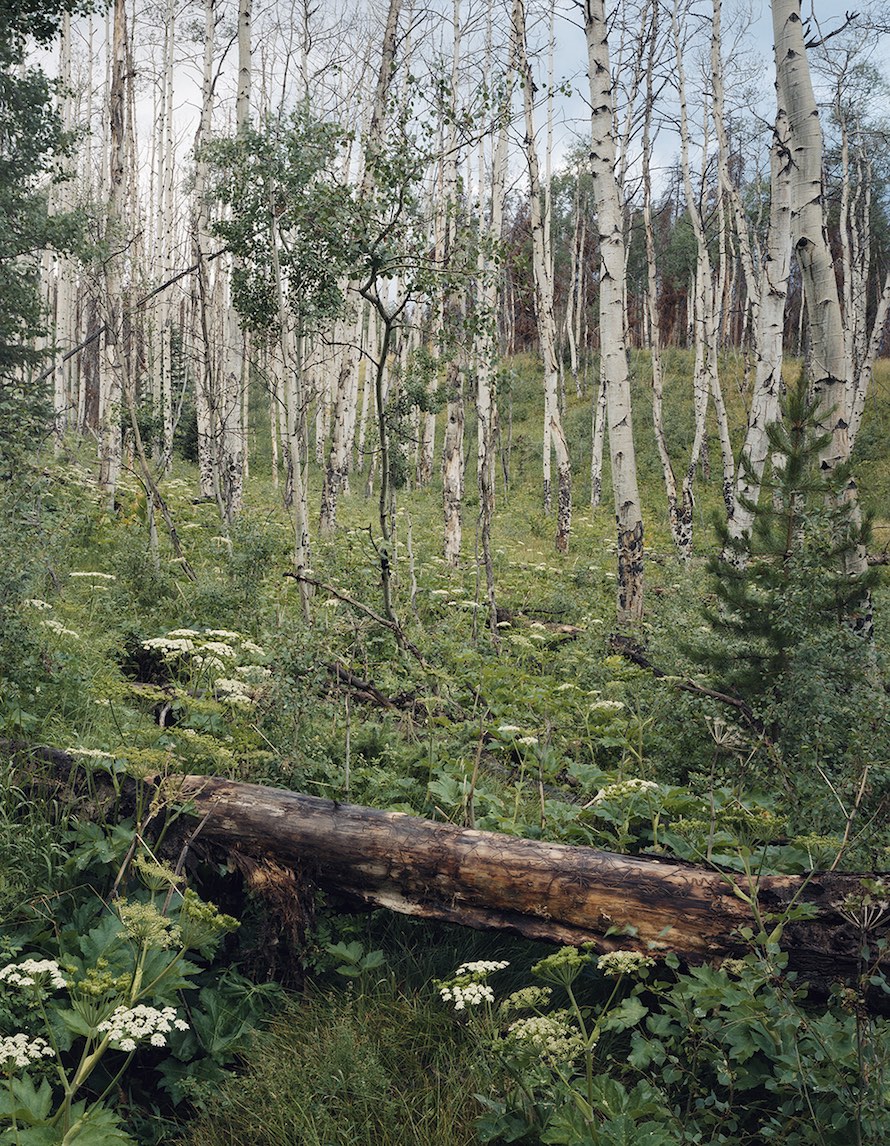 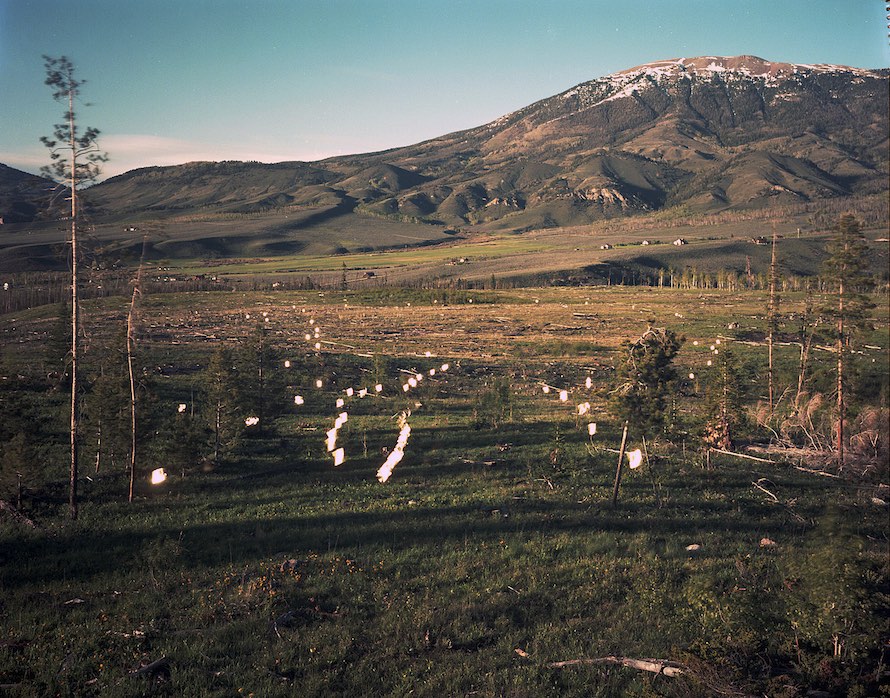 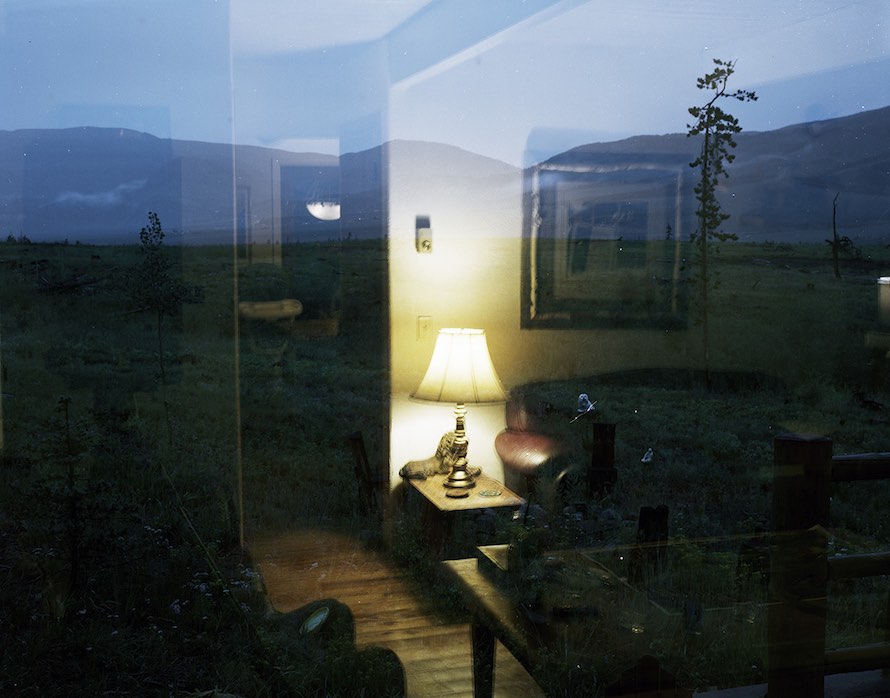 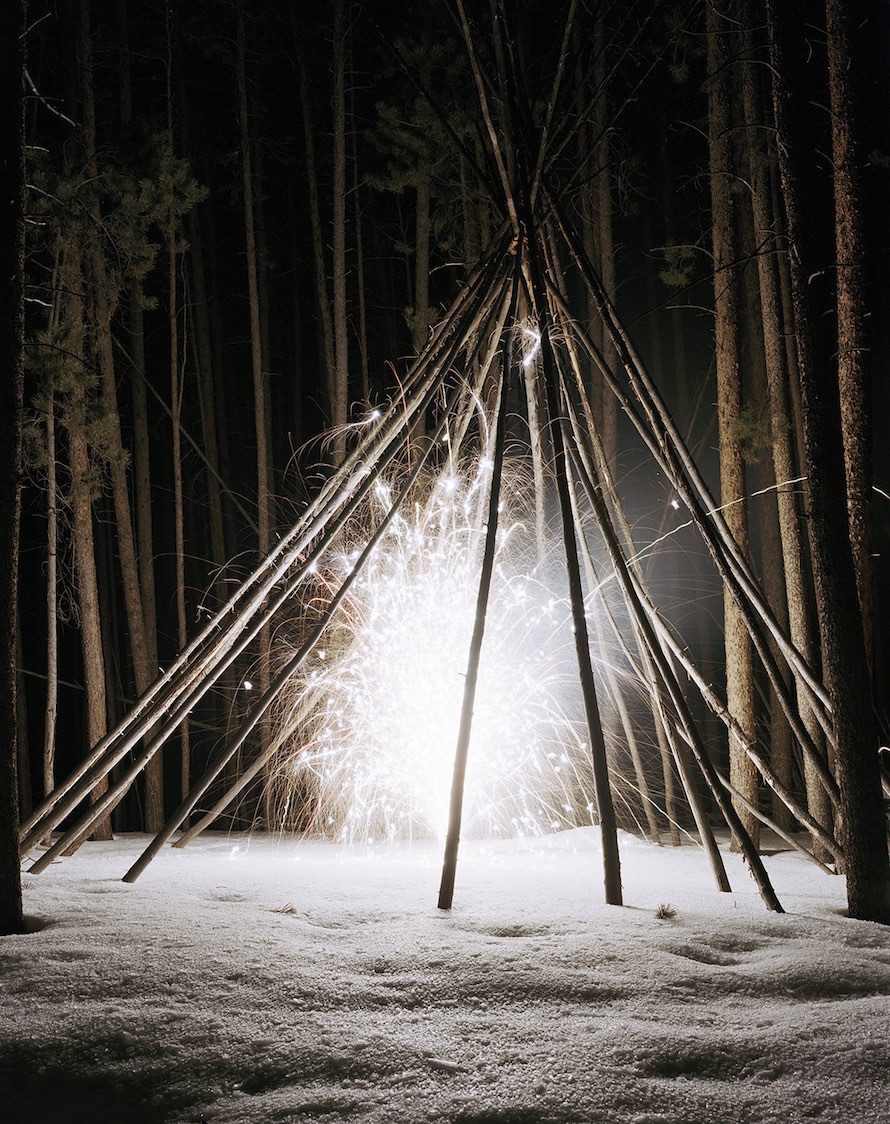 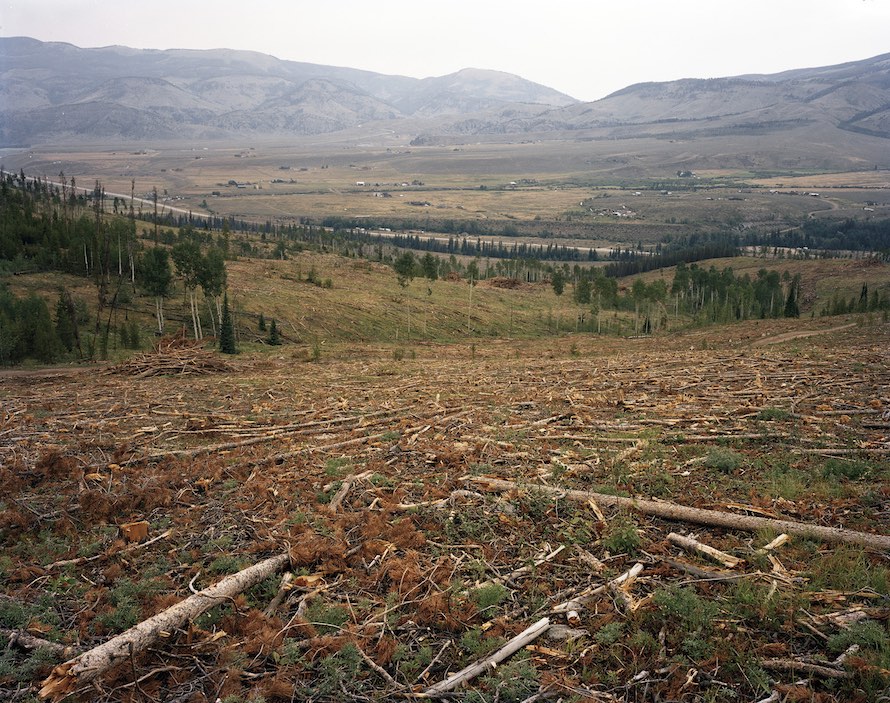 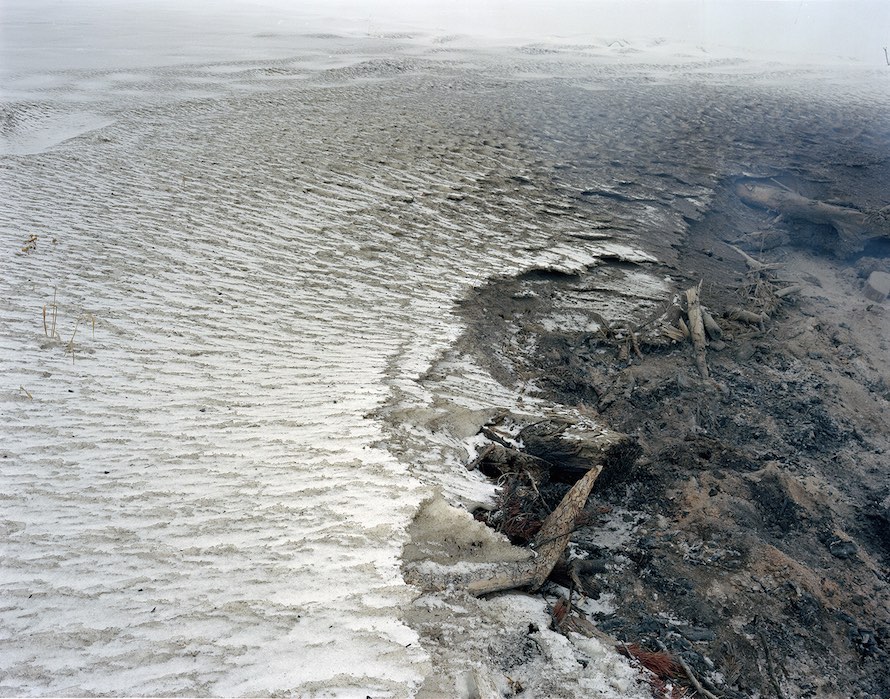 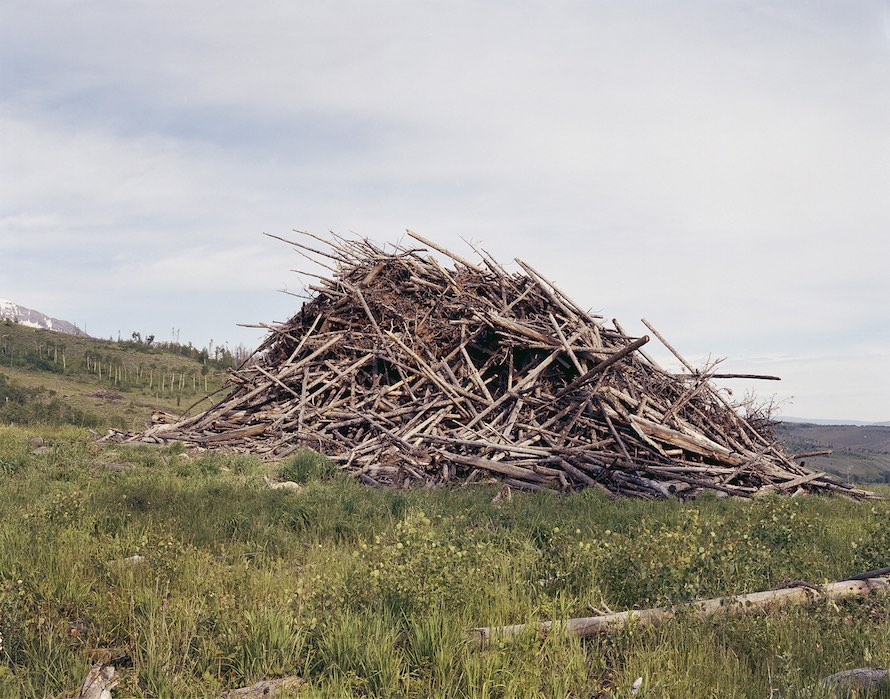 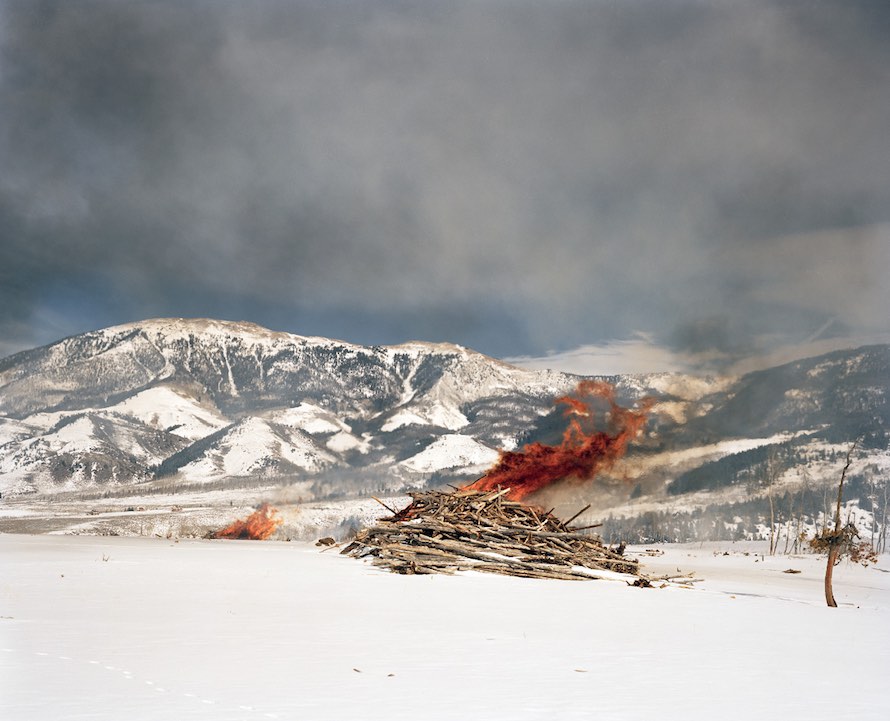 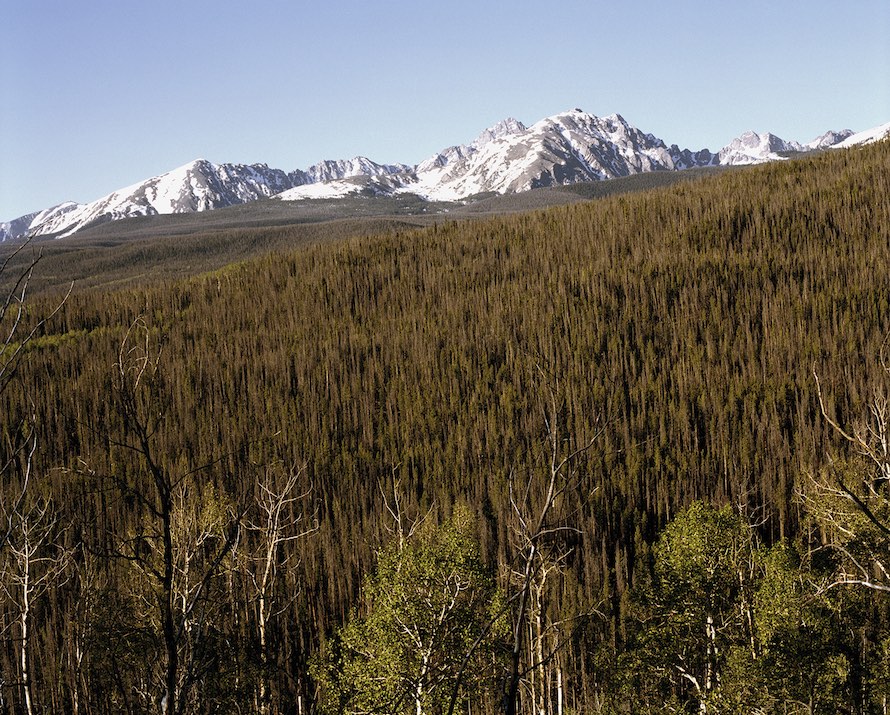 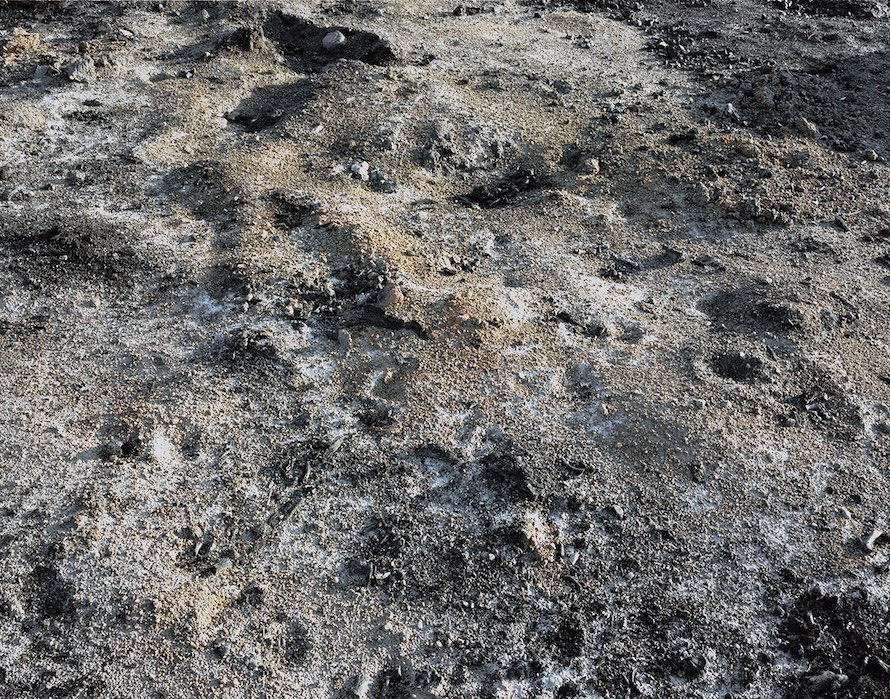 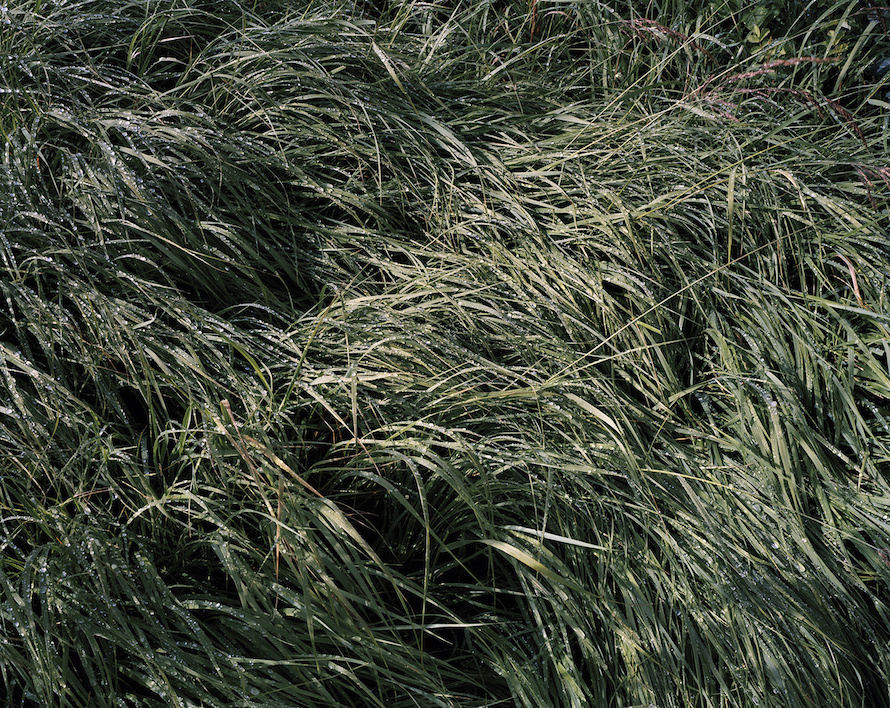 How did “In These Woods” begin? Did you already have a personal connection to the land?

The project began for me really when I was 14. I’m 35. I was growing up in North Hollywood, Calif., and one early morning I was literally thrown from my sleep by a powerful earthquake centered not far from our home. The physical and abstract impact of that event sparked my now ever-evolving connection to the underlying processes of the planet.

As a direct result of the damage caused that morning, my family ended up buying a modest cabin in the Rocky Mountains near Silverthorne, Colo. I spent summers and holidays out there—it became my own Walden Pond of sorts. The pine forest was dense and healthy. I could easily get lost in there, and the danger made exploring feel primal and exposed, like I was being hunted. This taught me about mindfulness and about observing my senses and listening to my instincts.

By 2008, the massive tree mortality event that acts as the scaffold of this project was clearly underway. That’s when I started photographing and intervening in the landscape and shaping the archive.

What do you mean, a “massive tree mortality event?”

The die-off that is happening in the Western Rockies is caused by an invasive pine beetle whose success has been linked to a general warming trend. These beetles normally play an essential role in supporting the growth of young trees by attacking weak or older trees, but the unusually warm summers and more mild winters have caused a population explosion that’s deeply affected the health of the forest ecosystem.

The beetle lays its eggs under the bark of a tree, which siphon its nutrients and water, eventually killing it. They then must move on to another tree to survive and the epidemic takes hold. These dead forests cause a significant threat of fire, and as they approach populated areas, the forest is sloughed to protect residential assets and communities.

Basically, in 2011 contracts were drawn and approved between the Colorado Forest Service and a private sector logging team to enter and clear-cut specific areas that were most affected by the beetle infestation. They marked boundaries, and during the winter, executed their job by downing what still stood and trucking out useable wood products while piling the rest on-site with the intent of igniting controlled burns when the conditions permitted. These operations are taking place all over and there is more to be done to the adjacent areas of the site I engaged.

What did these woods come to mean to you over time?

The site has become a signifier and reminder that the underlying nature of change is that it is permanent. This is internal as much as external, and by engaging in this entropic certainty directly, I have unearthed moments of profound ontological respite. This has to do mostly with breaking down, or better unbelieving, the myths we’ve developed regarding man’s ability to control greater processes. We are the cause of great change, but change is what got us here in the first place.

You’ve said before, in an earlier interview published here, that you’re never quite aware of what you’ll be shooting next (when you’re on the road). Was this site equally full of surprises?

Absolutely, though the approach was different. The shooting I considered almost like a day job. I would commit at least four hours at a time out there and allow myself the luxury of not analyzing or planning any of my choices. This led to some exciting surprises when I came back to the studio and began editing. It led to a realization that photography wasn’t enough and that the frame I was working within had and was continually expanding.

The project is broken up into three parts: Movement, Slough, and Reentry. In the last part, I began making videos, creating sculpture, and initiating performances that at the start I could have never imagined. These are the possibilities I find exclusive to embracing and capitalizing on transformation as being the universal constant.

What’s the status of the site now?

The site has changed dramatically, but continues to thrive. What was mostly a pine forest is now morphing into a large aspen grove as saplings have begun to appear. The land is far from dead, and what remains of the prior ecosystem is slowly becoming dirt again and feeding the growth of it in its new image. As for the timber, most of it is sold and mulched and converted into building materials like MDF board and other glue-ply materials. Some of it is used for flooring and craft furniture as the blue-purple stain left by the beetle produces a unique pattern that is loved for its exotic look. Also, Colorado just approved a $30 million project to build a facility that will begin converting the material into ethanol as an alternative fuel source.

Living out west, especially rural living, can foster a very intimate relationship to land and animal conservation. Did this project change your views?

A lot has changed for me personally in regards to global conservation efforts. I believe it is imperative that we rewire our conceptions of the significance of our presence in place and time. The word “nature” has become an offensive word to me and its use should no longer be acceptable. This action alone may spur a more holistic approach to the choices we make.