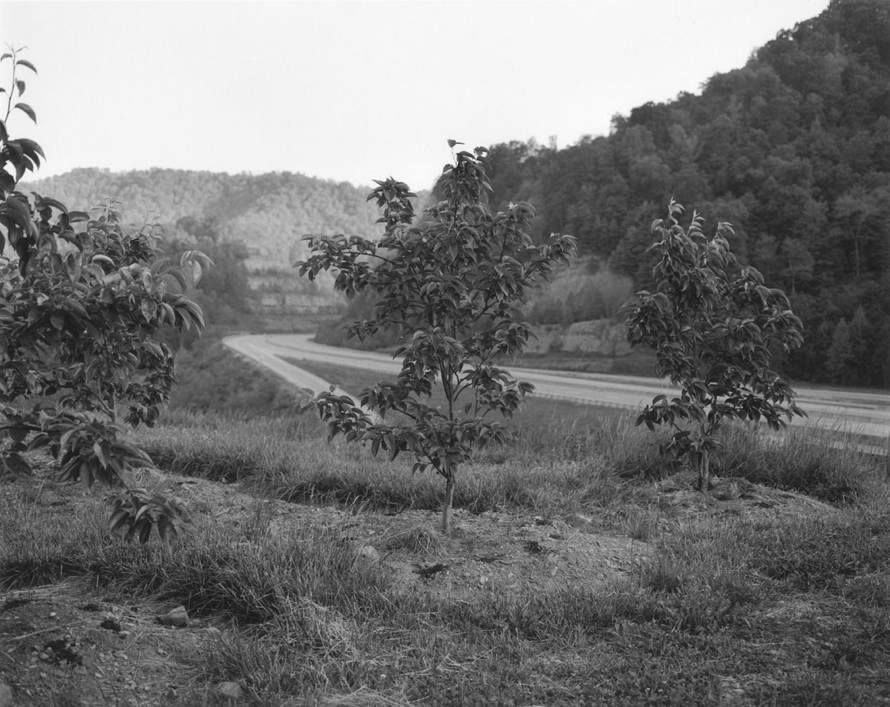 Photographer Susan Lipper is a master of grays—not only in her pictures, but in the human stories she finds, the quarrels between the urban world and nature, and America's contradictions.

The pictures in her series "Off Route 80," may come from West Virginia, but they could be found off any of America's Route 80s.

Susan Lipper is a New York-based artist. Among the monographs on her work are Bed and Breakfast, 2000; trip, 1999; and Grapevine, 1994. Recent projects have included "The Not Yet Titled Series 1999-2004," which explores themes of narratives and dates; diptychs of gelatin silver prints mounted on aluminum; and "Off Route 80," an installation of video and landscape work from Grapevine, WV, starting in 2006.

She is represented amongst other places in the collections of the Metropolitan Museum, the Museum of Contemporary Art Los Angeles, the San Francisco Museum of Modern Art, the Victoria and Albert Museum, and the New York Public Library.

All images courtesy the artist, all rights reserved. 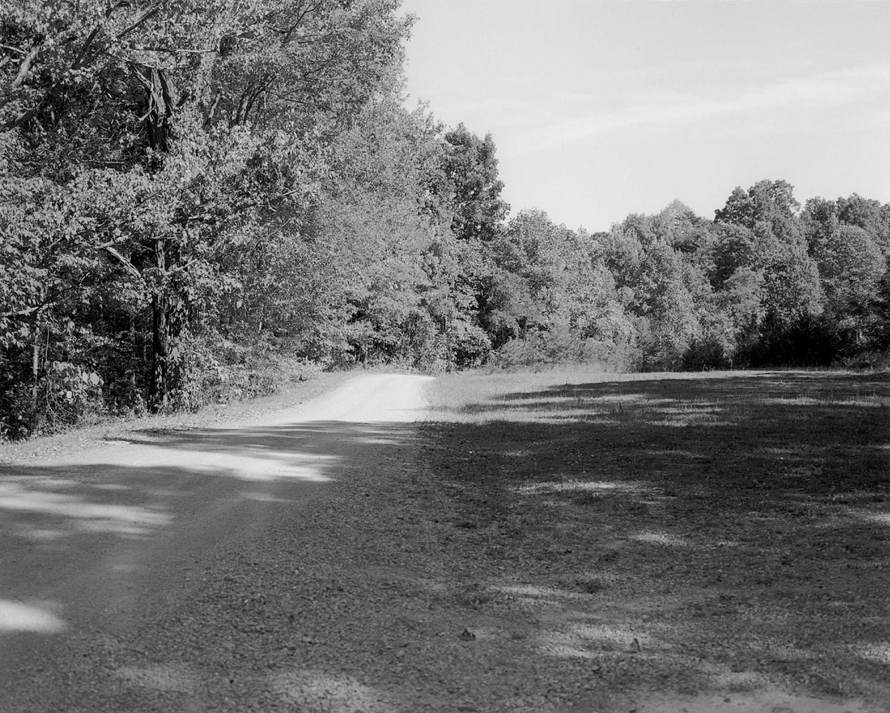 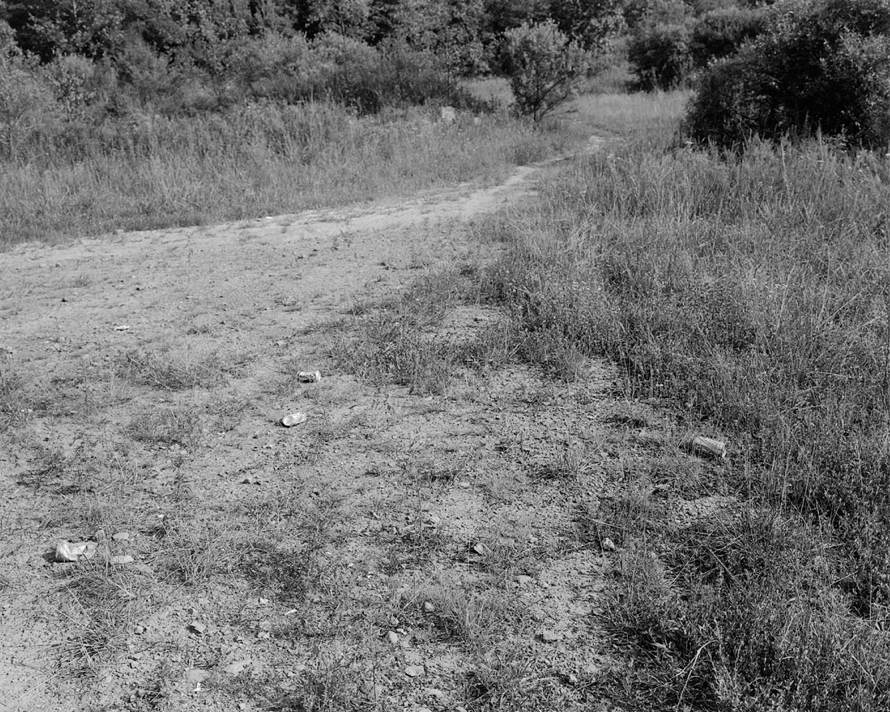 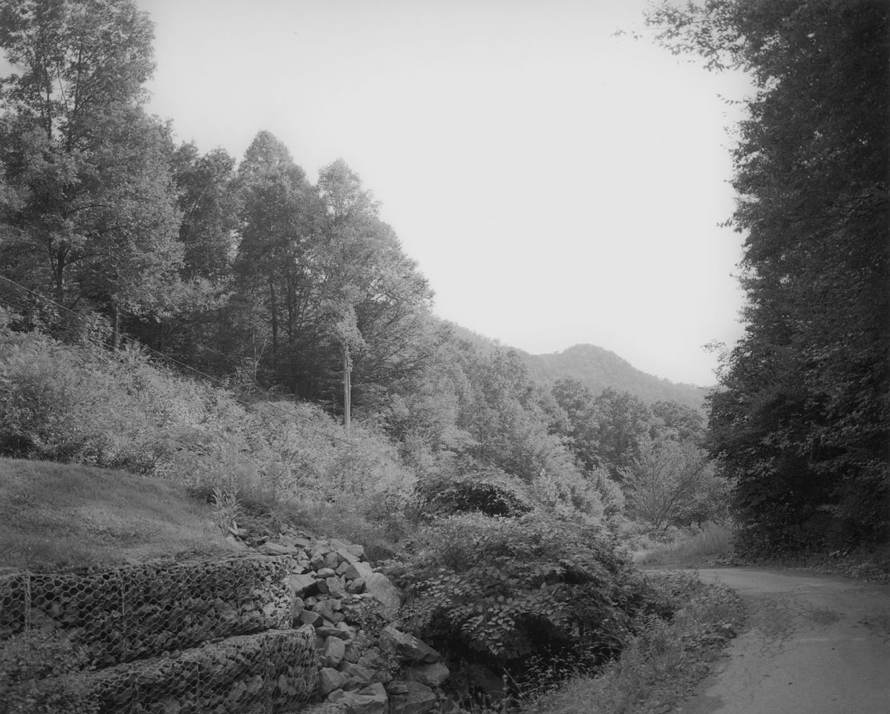 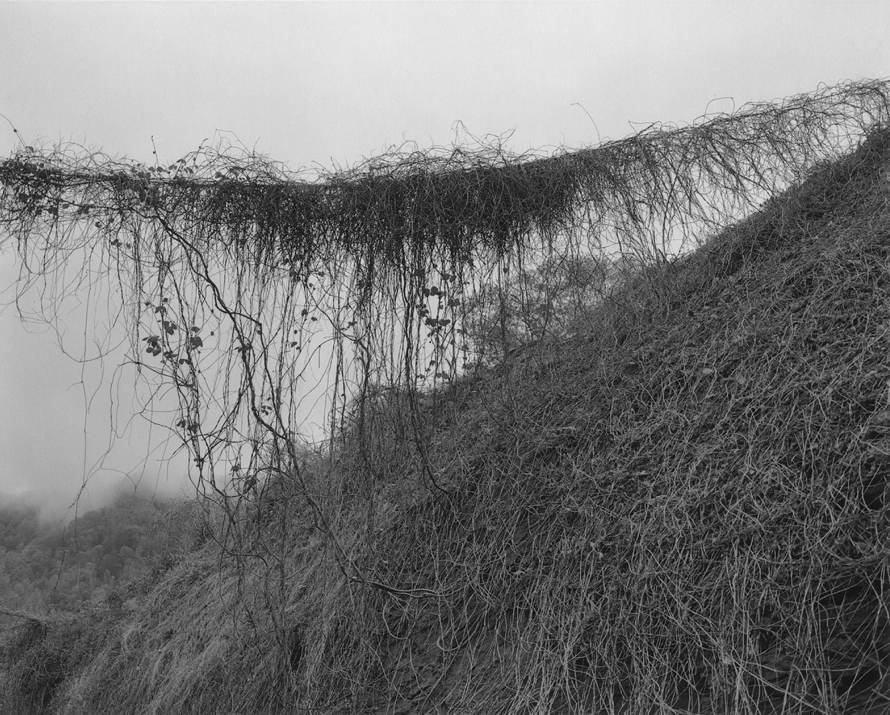 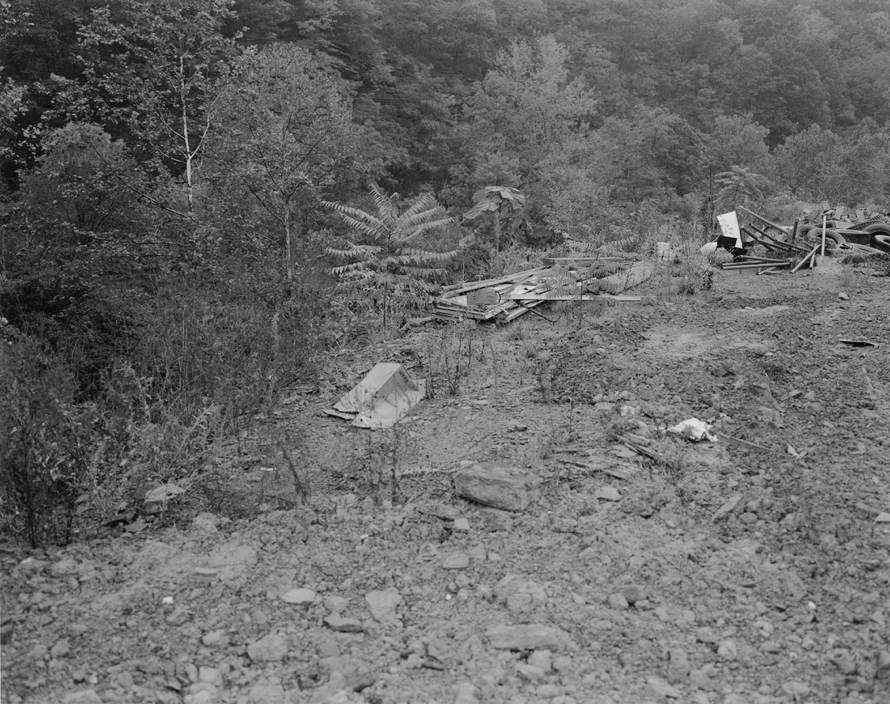 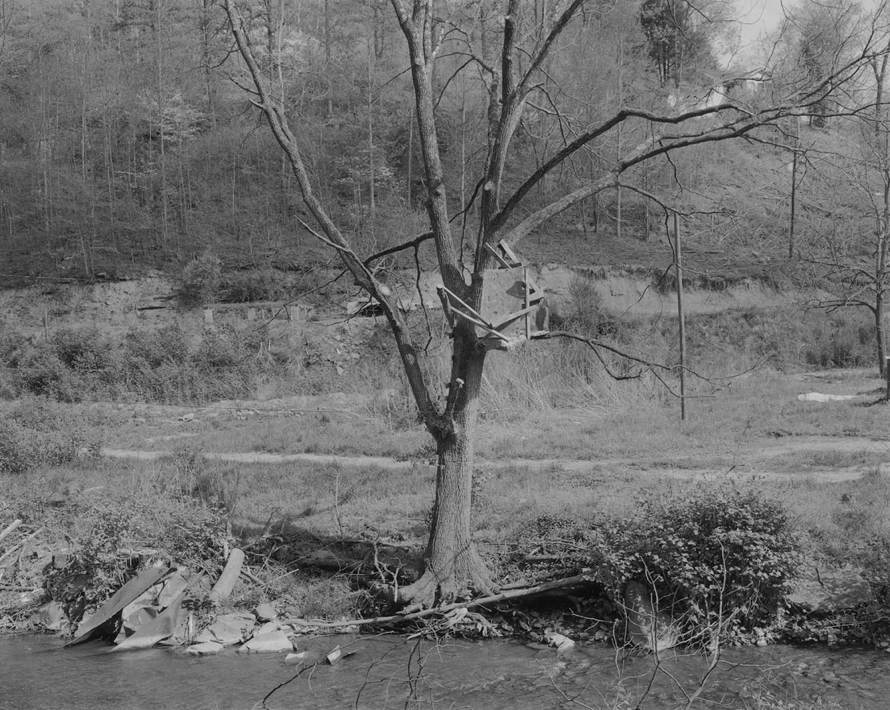 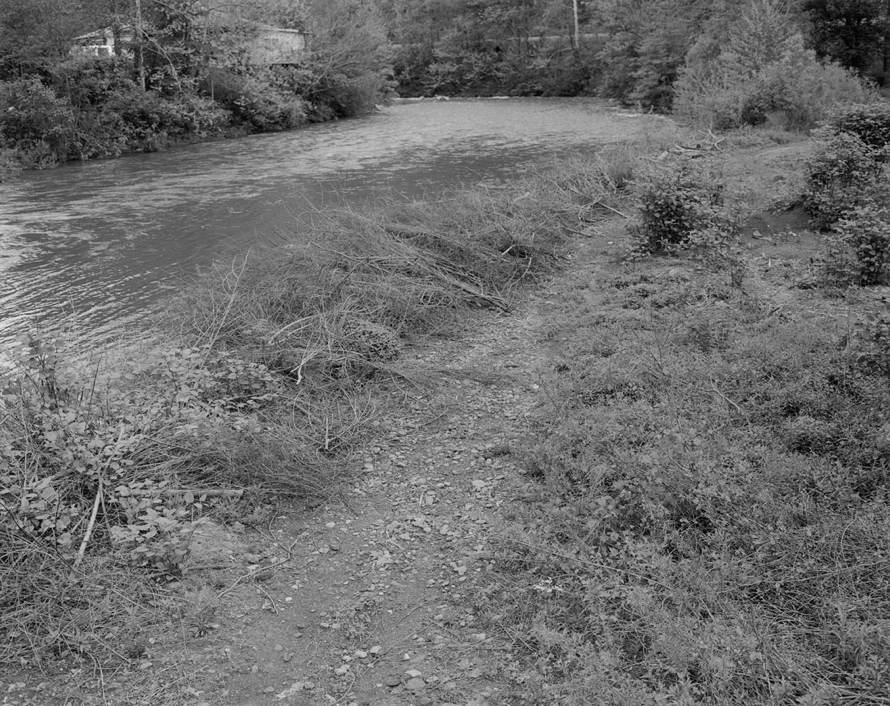 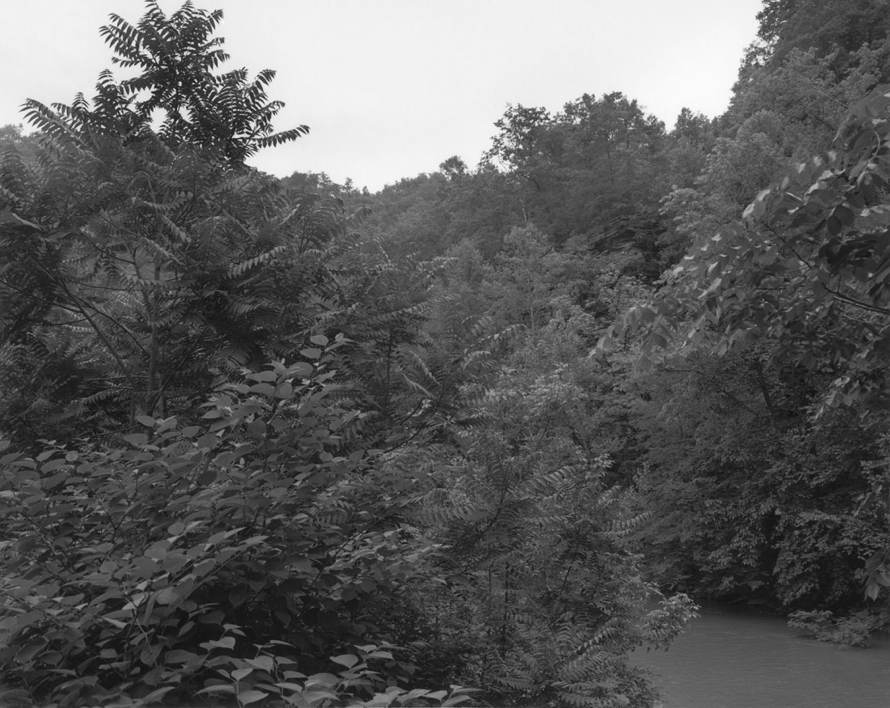 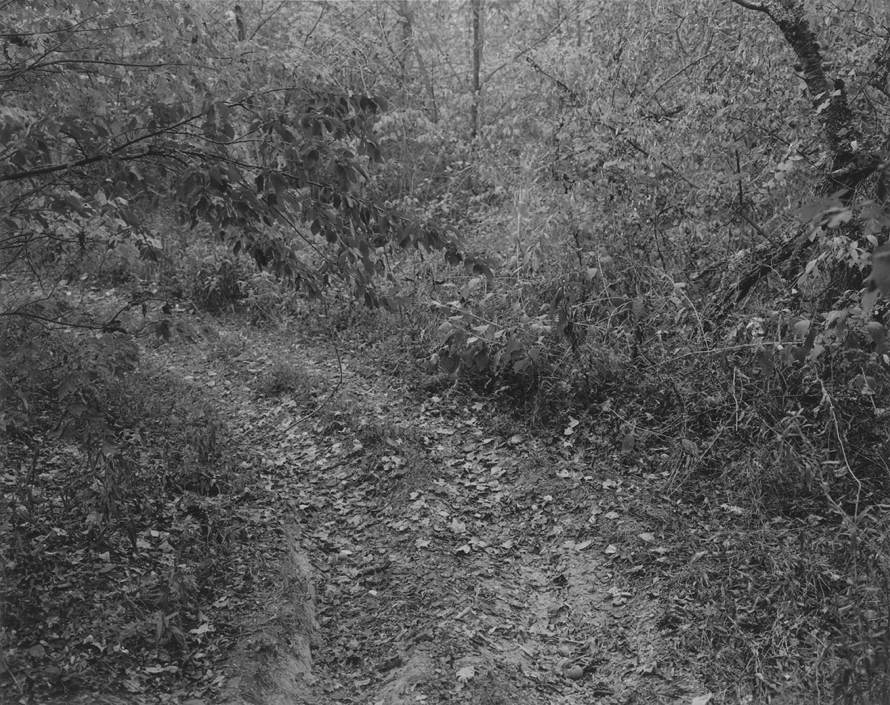 “Untitled” from The Off Route 80 series.
TMN:

You say in your project notes that you avoided specifying the location name for these photos—that this could be any Route 80 in America, not just West Virginia. Does de-tagging them set them free? Make them more powerful?

My work has always had an ambiguous relationship to documentary. It is often taken as strictly documentary because of the use of black-and-white and lack of any obvious manipulation. Although a socio-political treatise on Appalachia has never been my intent but rather a subjective diary of a place that has become my second home.

Your question intrigues me because it brings up the troubled relationship between words and images, caption and photograph that I addressed in my second book, trip, a collaboration with Frederick Barthelme. It is important for me that neither one is subservient to the other or dependent on it.

That the location is West Virginia or Appalachia, an area almost too rich in lore, is accidental and only important in that I have been working there a long time—since the ‘80s.

I find knowing a picture’s location and history enhances my attention, interest, curiosity. What makes a picture interesting for you?

Your view speaks to one of the great strengths of photography—to convey objective information—as the camera can faithfully record whatever is in front of the lens. Knowing more about the location and history of the image can also allow one to insert information that is not included within the frame of the photograph and thus fill in its narrative blanks. Interestingly too a photograph, because of its detailed nature, often contains much more information than originally intended.

My interest is in looking at the intent of the photographer as well, to read whatever story he is telling with the available material, to try to navigate the photographer’s cultural filters versus my own and finally to see how these are affected over time and space.

How much of America is wild?

My ambition is not really to address the problems of here and now. It might be a rejection of reality but I wish to suggest an America that is mythical and timeless, both of the past and future.

However I suppose my work could also be seen to comment on man’s current use of the landscape. Many of the trails in the photographs were once built for differing reasons that include residential, mining, and the natural gas industry. Some of those trails were then semi-repurposed for recreational all-terrain vehicle use. One sees trash that is strewn around in some images while in another a tree is adapted for hunting with a tree stand.

Your pictures in Grapevine are about people, human lives, human connections. Can you put an “about” on Route 80? Do you shoot idea-first?

I don’t shoot idea-first or at least I haven’t so far.

Subject matter seems to take me over. I can sense being drawn to certain things for some non-verbal reason. However later when the images are viewed in a finished series a kind of concrete synthesis is possible.

I have often thought that idea-first shooting may possibly be a masculine trait.

Off Route 80 is essentially a story about a voyage. I suppose a voyage is the place where most narratives start, like the Odyssey. In any case, as opposed to Kerouac’s On The Road, my trips don’t lead anywhere and the sense of discovery is left up to the viewer. Off Route 80 is a solitary voyage on foot that goes nowhere, but it may be that nowhere is somewhere? Whatever it is, it is away in nature and far from the everyday. Man’s place in nature in America is the focus.

The installation of Off Route 80 also includes an enclosed space with video portraits of local inhabitants along with would-be hypnotic ambient natural sounds. The inhabitants gaze back at the viewer in intimate yet semi-confrontational ways that perhaps test the viewer’s resolve to watch or be involved. Some people might see traces of Deliverance, or images of the Noble Savage. One’s choice is whether to join the community or not and leave the mundane reality he/she has known.

My re-reading of Emerson and Thoreau has probably led to much of this project. The uniquely American Transcendentalist movement also emerged from a great period of financial uncertainty such as we are experiencing now.