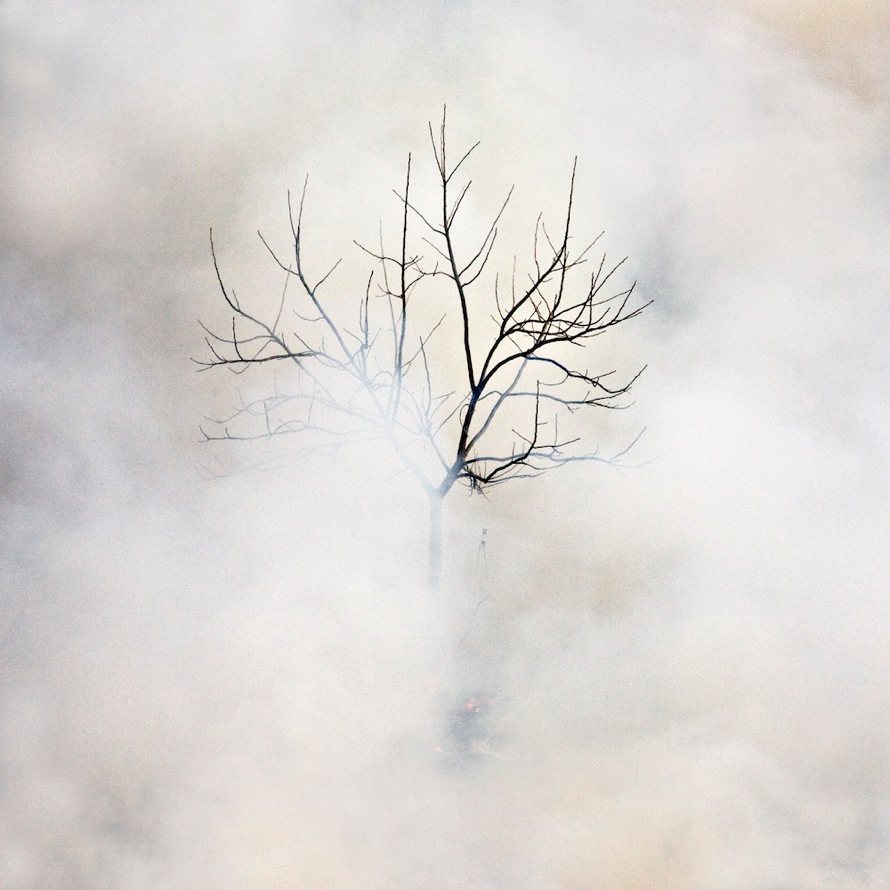 Photographer Jane Fulton Alt describes below how she discovered the beauty of prairie fires on the same morning that her sister underwent her first chemotherapy treatment.

Jane Fulton Alt's work is in the permanent collections of the Museum of Fine Arts in Houston, Smithsonian National Museum of American History, New Orleans Museum of Art, De Paul University Art Museum, Southwest Museum of Photography, Beinecke Library at Yale University, Centro Fotografico Alvarez Bravo in Oaxaca, Mexico, Center for Photography at Woodstock, Harry Ransom Humanities Research Center, and the collection of William Hunt. Alt is the recipient of the 2007 Illinois Arts Council Fellowship Award, the 2007-2009, 2011 Ragdale Foundation Fellowships, and winner of Critical Mass for her “Katrina” and “Burn” portfolios in 2007, 2009, and 2011. She has authored Look and Leave: Photographs and Stories of New Orleans’s Lower Ninth Ward, and her “Crude Awakening” portfolio has been picked up by multiple publications worldwide. Most recently she received the Photo District News 2011 Curators Choice Award.

All images © copyright the artist, all rights reserved. 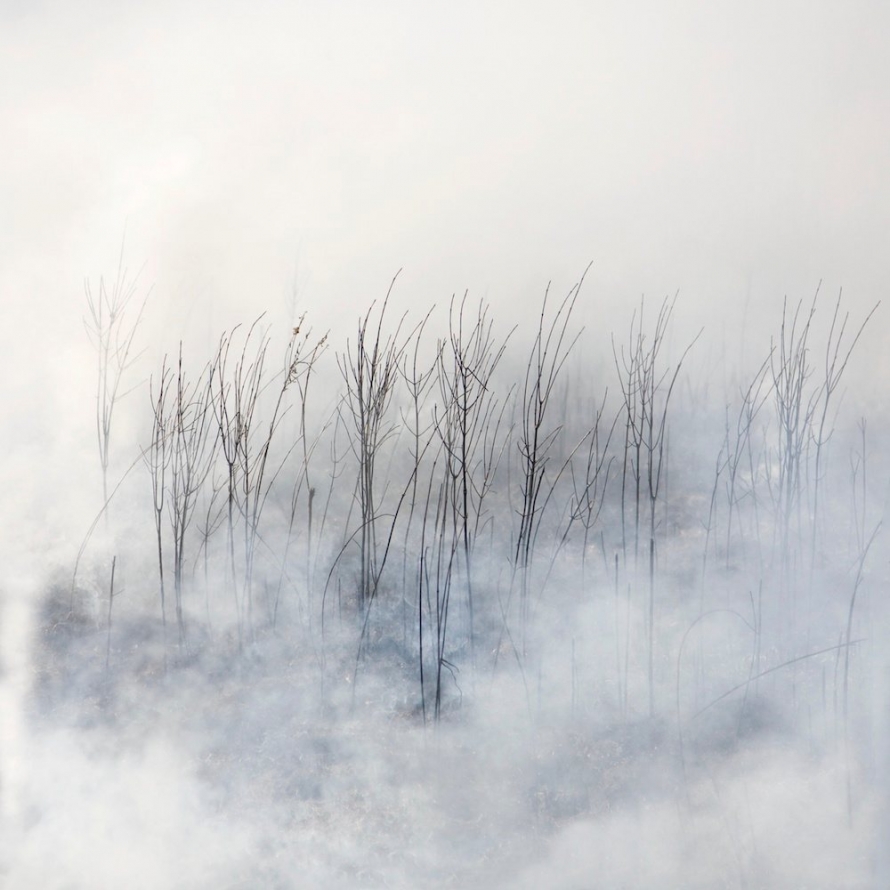 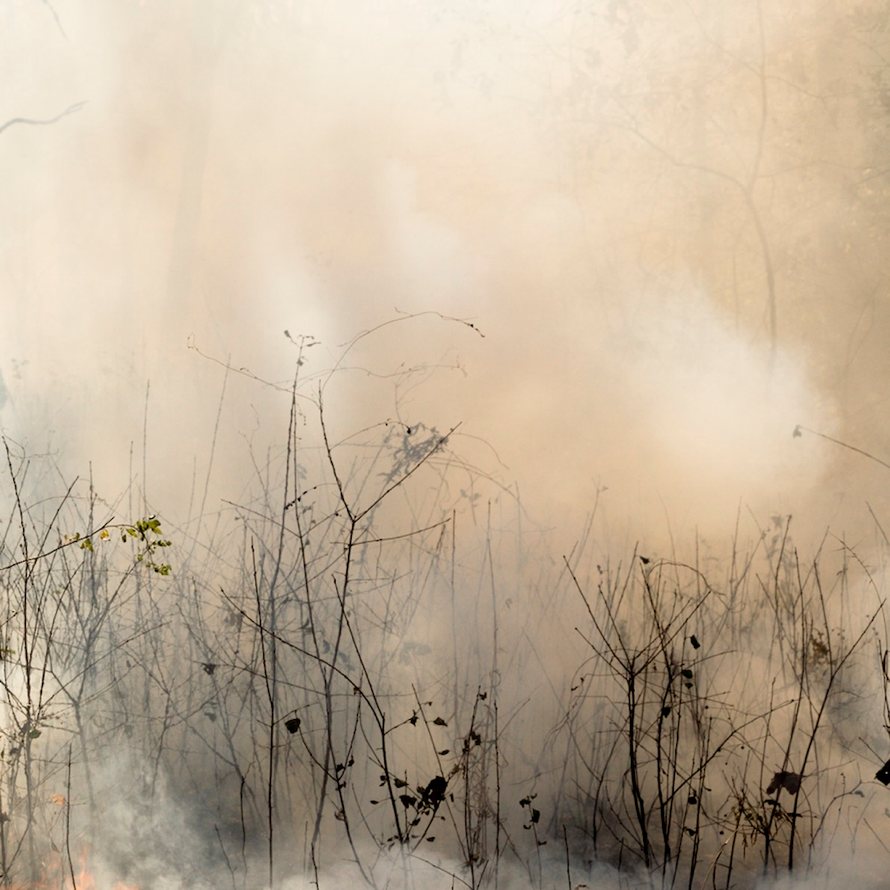 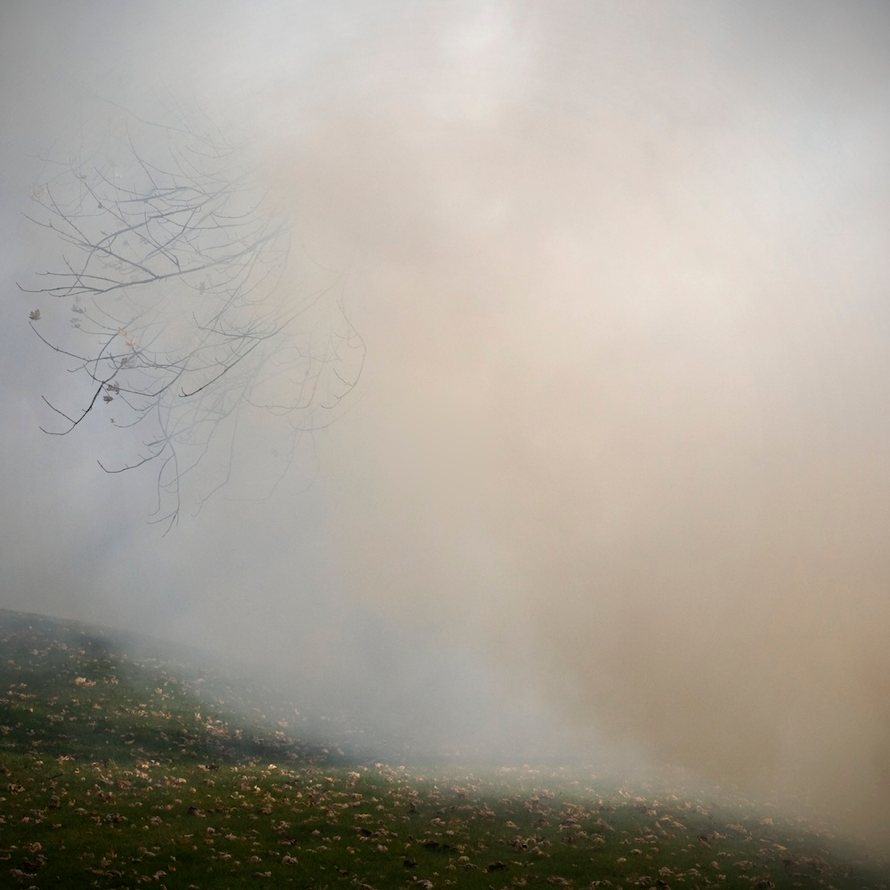 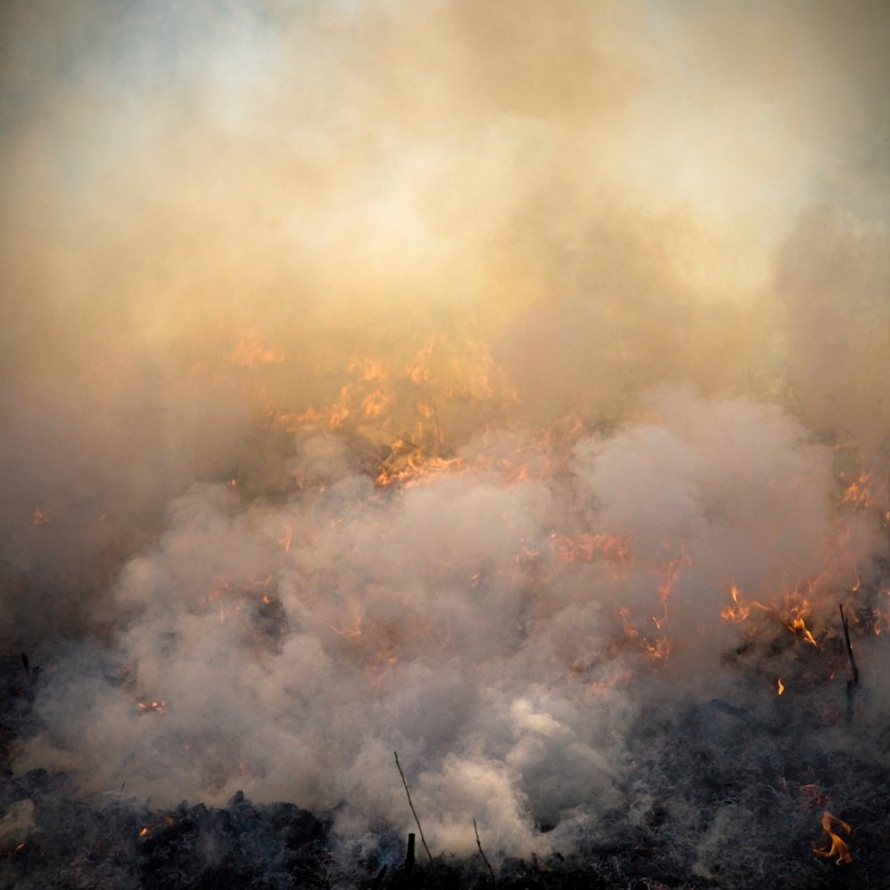 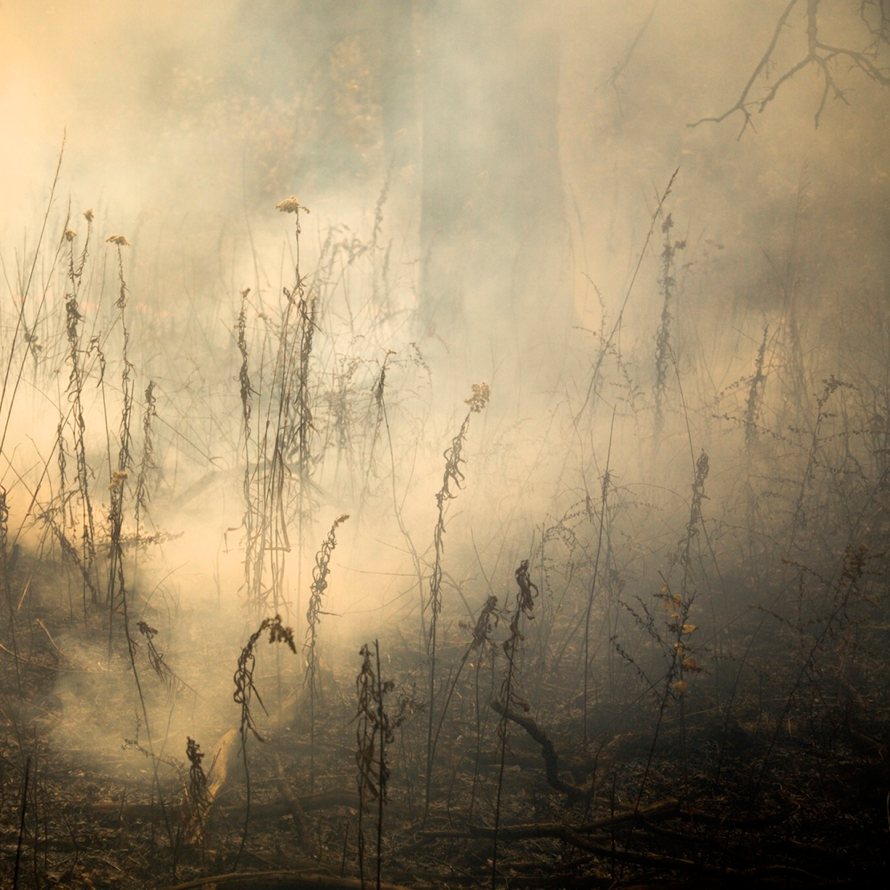 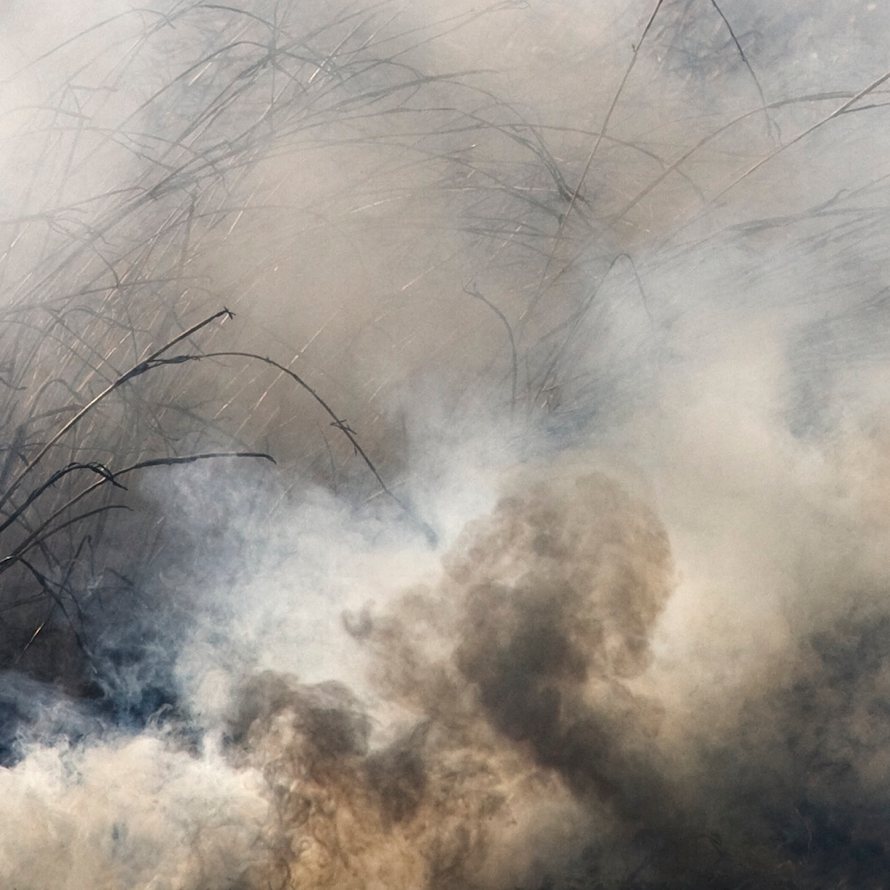 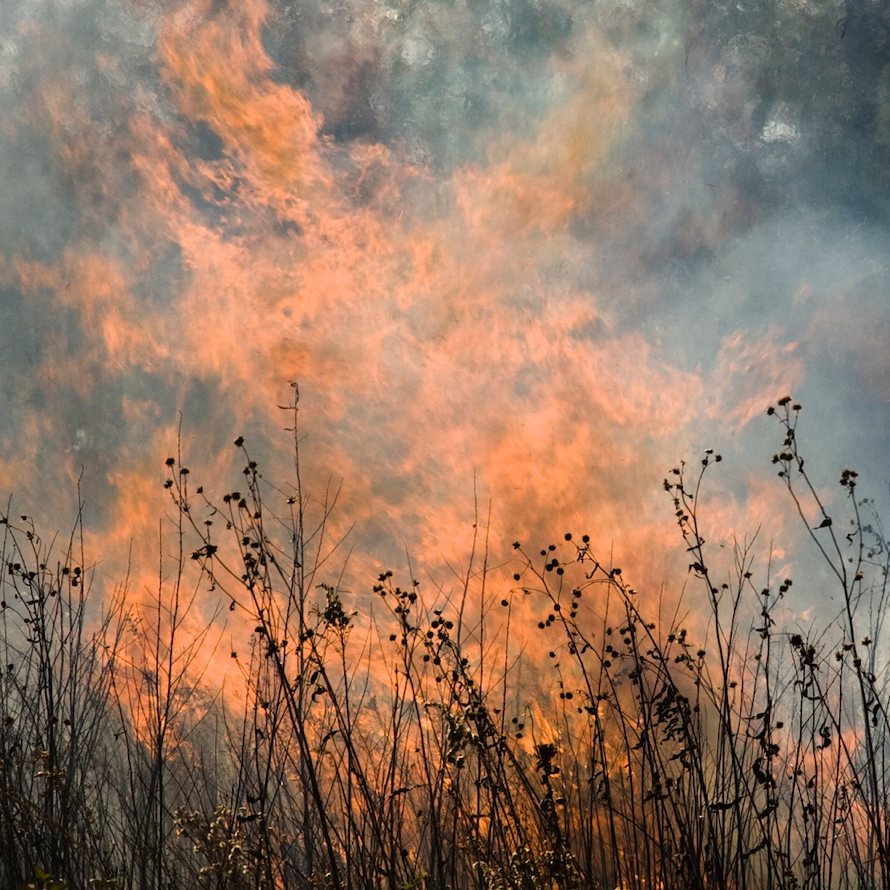 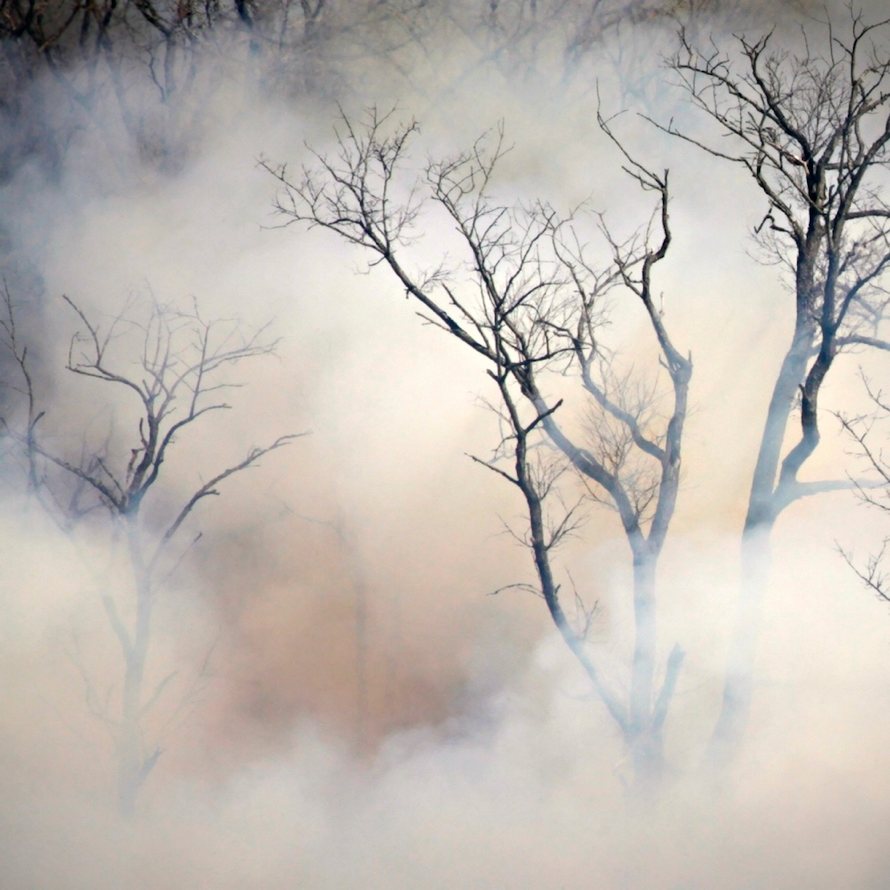 How did you come to be watching prairie burns in the first place?

“The Burn” found me, as have most of my projects. In 2007 I was awarded the first of several artist residencies at Ragdale, which is located in the former Howard Van Doren Shaw estate overlooking a beautiful prairie in Lake Forest, Illinois, just north of Chicago. There is something very magical and compelling about the setting. During my first residency, restoration ecologists from a local organization, the Lake Forest Open Lands, were conducting a small burn on the property. Being in a mind state of openness and wonder, I watched the fires and took a few photographs. I inquired about the possibility of following them in the season to come. In mid April I contacted the team and as fate would have it, they were going out that very morning for the first time that season. It also happened to be the same morning that my sister was undergoing her first chemotherapy treatment.

Describe a typical shoot for this series.

The burn takes place in the spring and the fall, during the “in between” times of the changing seasons. The temperature of the air, the wind direction, and the moisture levels are all elements that are considered before conducting a burn. I accompany a team of four restoration ecologists into different terrains, including prairies, savannas, woodlands, and wetlands. They typically clear an area by making a fire line, or path which prevents the fire from jumping—a container, if you will. Once they set the fire down, the wind often sweeps it across the designated area, creating a spectacular show. It is both awe inspiring and frightening to observe. The landscape changes second to second, depending on the wind, the light, and the fuel the fire is burning. Although I have photographed the same areas now, year after year, each burn is so different due to the variable weather conditions.

This series has been physically and emotionally taxing for me to produce. After 3-4 hours of photographing in the smoke and fire, I am greatly fatigued in body and mind. I wear special clothing because the smoke saturates everything. It often takes months for my camera equipment to become smoke-free.

You’ve stated that this project began around the same time that your sister was diagnosed with ovarian cancer, and that “parallels were… immediately revealed” to you. What type of parallels?

The first day I shot the burn was monumental in my mind because my sister was simultaneously undergoing her first chemotherapy treatment after having been recently diagnosed with ovarian cancer. Photographing the burn that day was a very emotional experience because as I looked through the viewfinder I kept thinking about what was occurring in my sister’s body. The parallels were stunning. The controlled burns remove accumulated dead vegetation and release seeds from dormancy. By opening the woodlands to more sunlight, the fires prepare the soil for new spring growth. I could imagine the coinciding burn that was taking place in my sister’s body as it removed the life-suppressing cancerous cells to make way for new healthy cells. The insight of that first day has influenced how I have photographed, edited, and printed the work. It has been a very hopeful and inspiring project and an anchor for me during these past four years. Through this project I have tried to look deeply into the essence of life cycles. If we listen closely, nature has so much to teach us.

You’re also a clinical social worker. How does that influence your art?

My years in practice as a clinical social worker have greatly influenced my creative endeavors. I have thought a lot about what is universal to all people, regardless of race, religion, or class. I have utilized the camera to explore issues around birth, death, and everything in between. The human condition is what interests me most.

What are you working on now?

My ideas have been in a state of fluidity, which has been really exciting. I love the depth and mystery of the images but wanted more surface to the work. After much grappling with aesthetics and technical issues, I am working again with encaustics (beeswax), which I utilized years ago in two other portfolios, “Mourning Light” and “Chiapas.” I have also been fascinated by the ash remains of a burn and have spent many hours thinking about how to incorporate the found ash (and seeds) into the new work. Happily, the creative muses paid me a visit and both elements are being incorporated.  The use of encaustics, my interest in ash, and the infinite qualities of the subject matter will keep me occupied for many lifetimes!

I am also working on a project from this past summer’s Frontera Grill/Topolobampo staff trip to Mexico. I have been traveling with the award-winning Chef Rick Bayless and 35 members of his staff for 15 years now, creating new work for the entryway to the restaurant. I am collaborating with a writer whose book influenced the current butterfly installation that is in the entryway of the restaurant. I just finished transferring images onto a gold leaf surface, which will then be mounted onto copper—a loose reference to retablos. But that is another story…