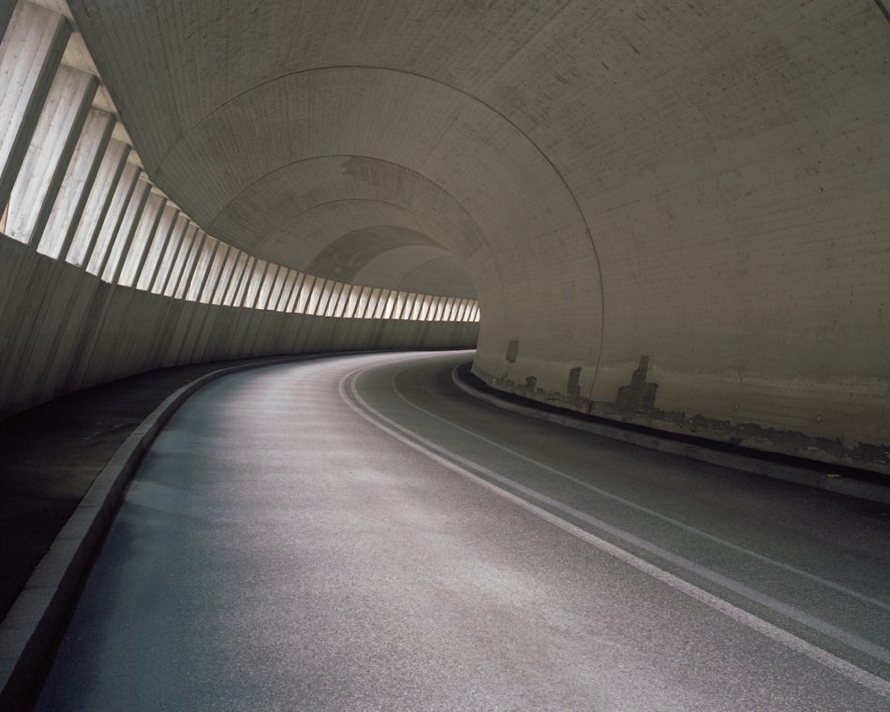 In his series “Lost Along the Way,” Alex Catt’s carefully composed landscapes bring a contemporary update to the idea of a continental tour.

Alexander Catt was born in 1989. He is currently studying BA (Hons) Photography at Brighton University.

All images copyright © the artist, all rights reserved. 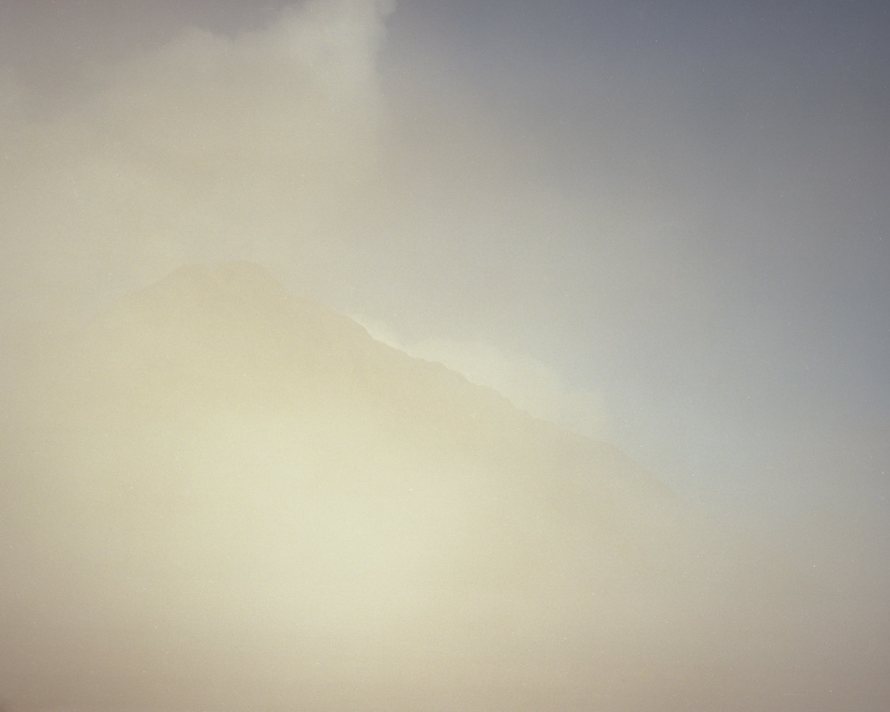 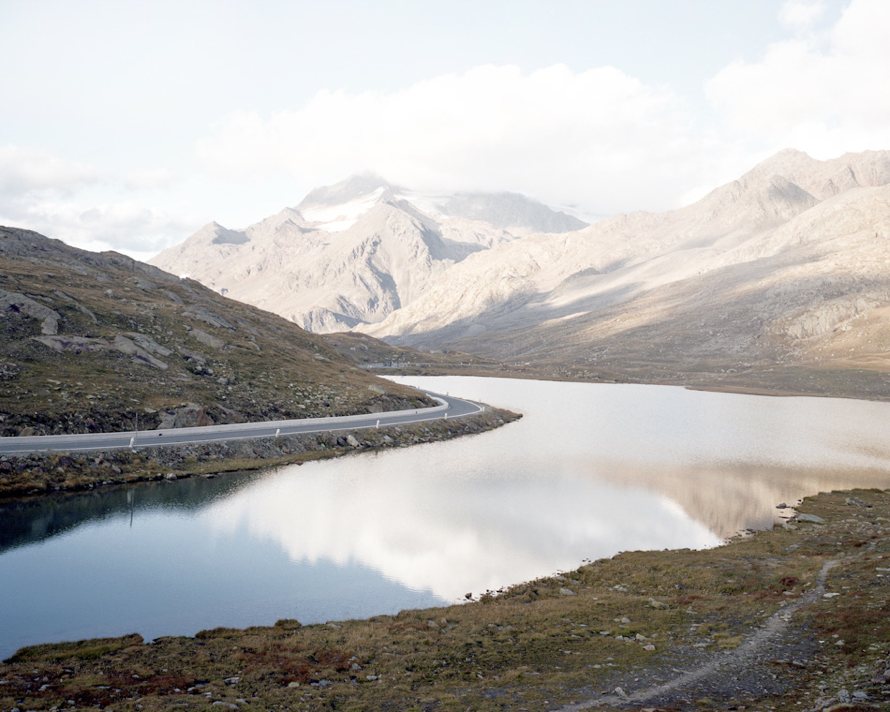 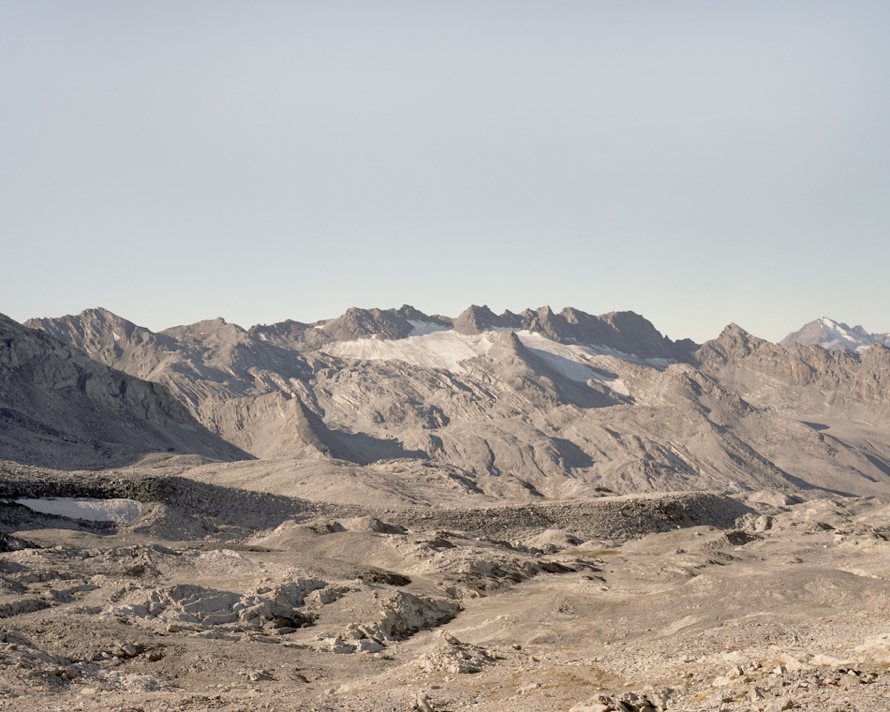 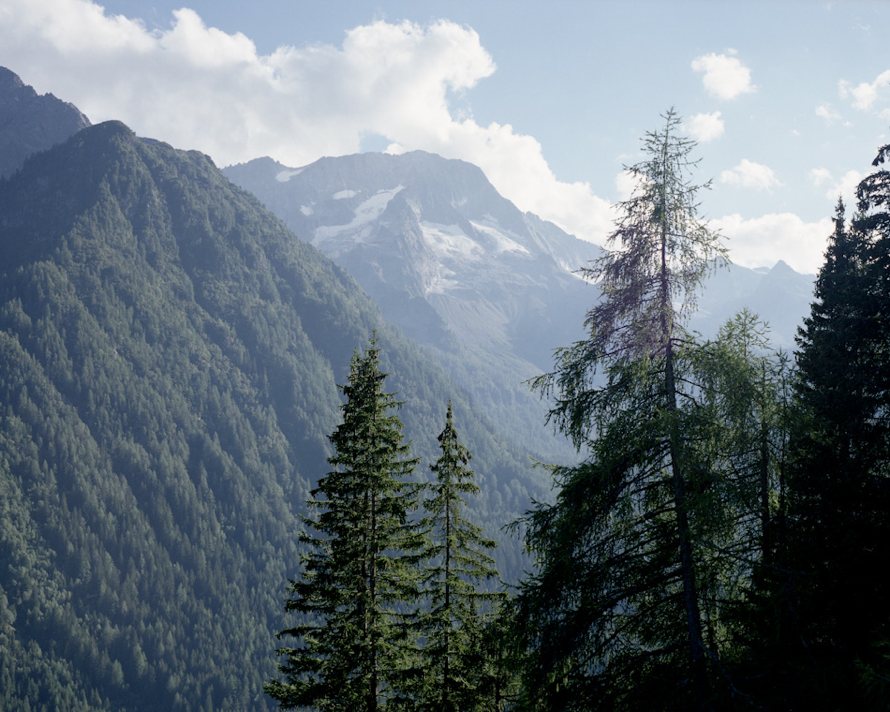 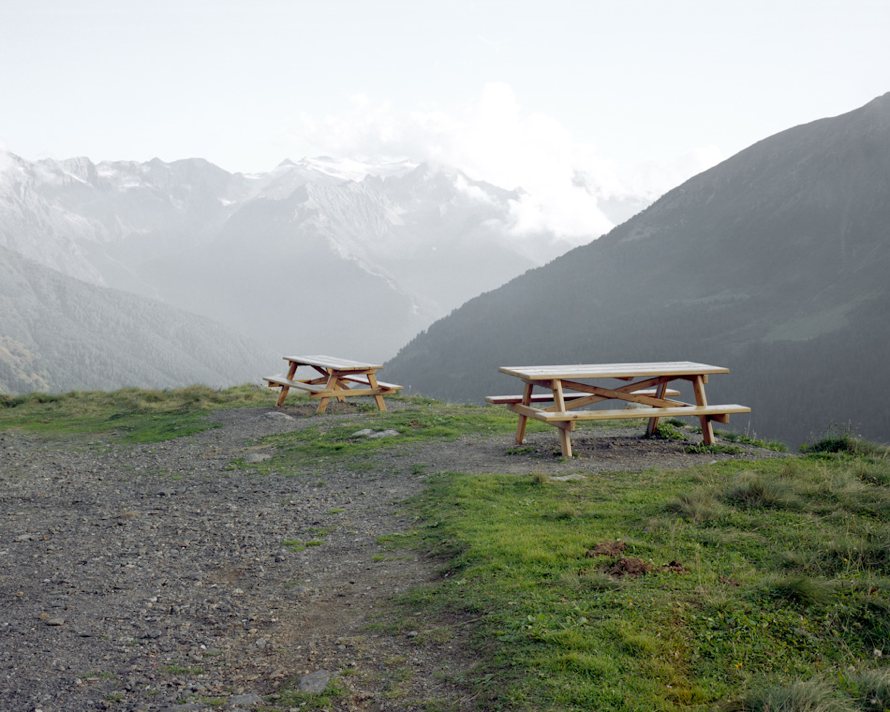 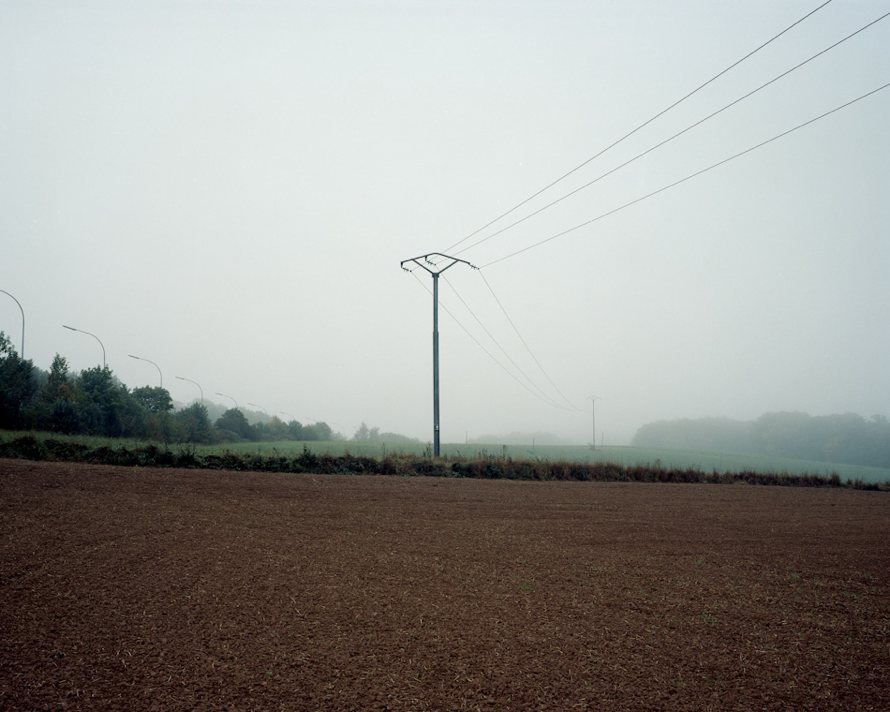 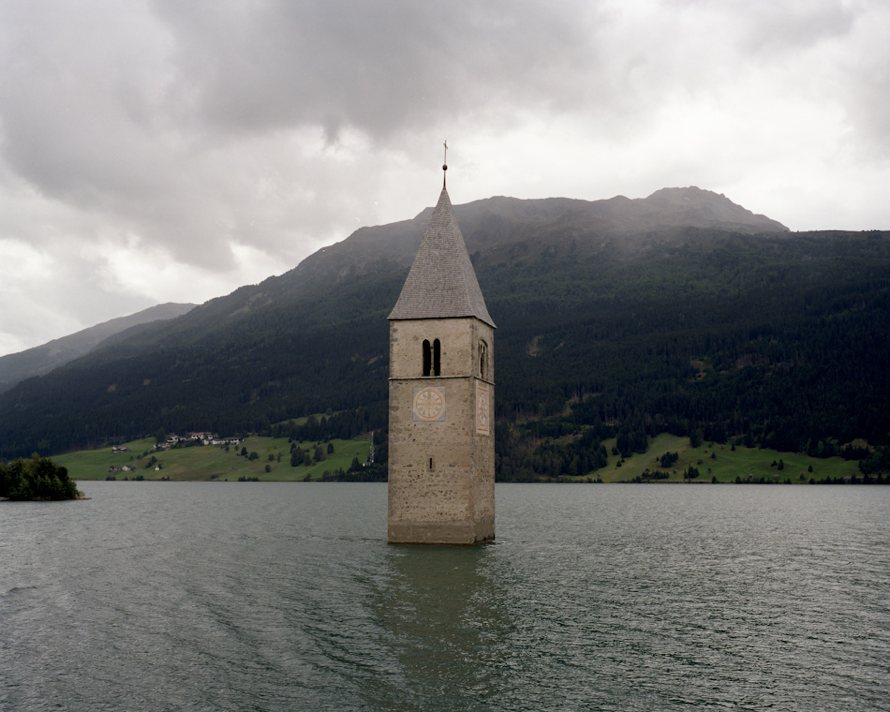 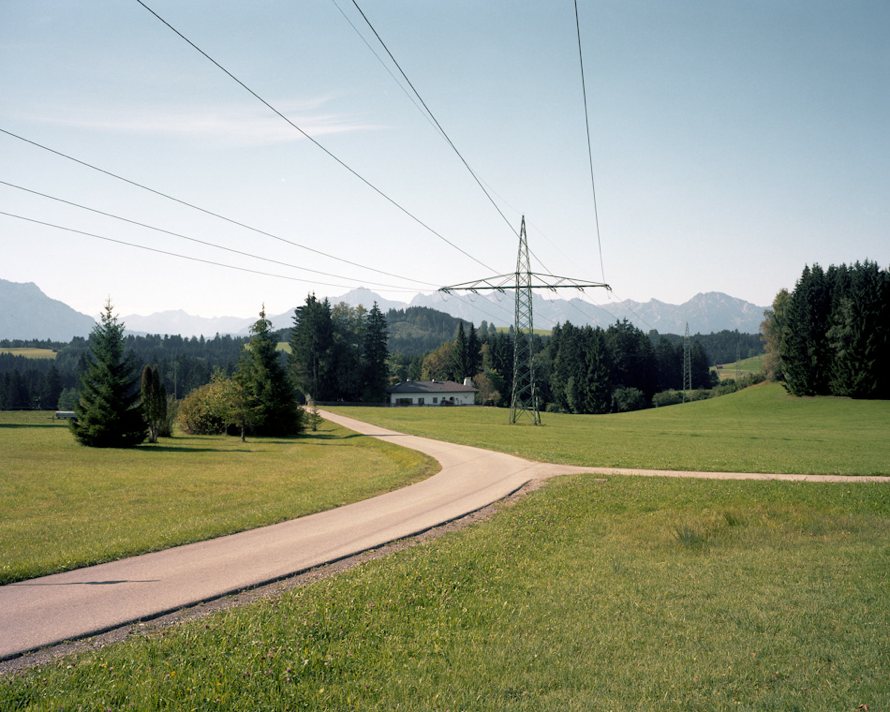 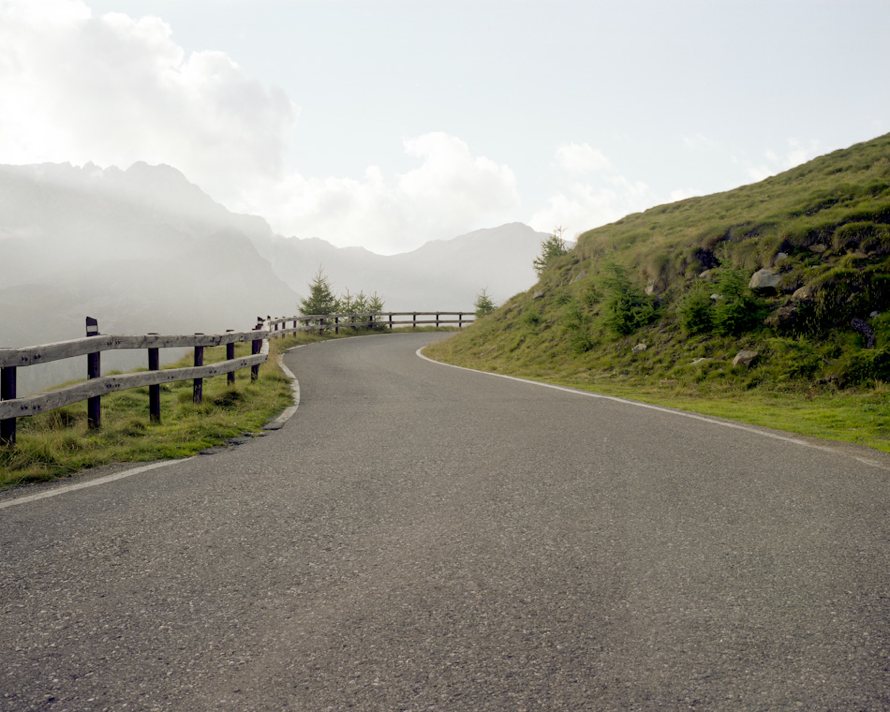 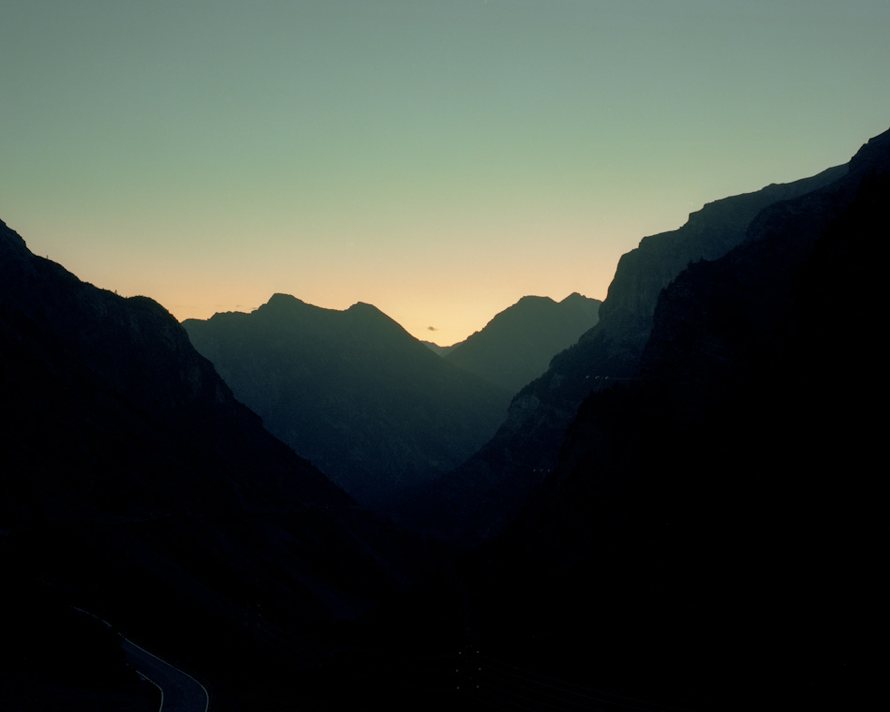 Walk us through how this series came about. You were on a road trip around Europe? A continental tour?

I guess it could be seen that way. For the last four years now, me and a few close friends have decided to holiday in the “road trip” fashion. It just makes more sense when living in England; Europe is so close and also so vast and varied. I always found it hard to make work on these journeys, never really being happy with what I brought back. This year, when I made “Lost Along The Way,” it was just me and a good friend travelling, as opposed to there being a few of us. That made everything easier—he understood I needed to spend time in a place to make a photograph so I didn’t feel like I was holding anyone back.

I also guess it is down to how I see things now. I have been studying at the University of Brighton in photography for three years, this being my last, and I think in that time the way I look at the landscape has not so much changed, but developed.

Where were you traveling for this series?

We got the ferry from Dover in England across to France and then ended up travelling into Belgium, across to Germany, and down into Austria. From Austria we headed south into northern Italy, near Lake Garda.

One of the highlights for me was finding this mountain pass out of complete chance, Passo Stelvio. We weren’t really aware where it was taking us at the time but it was frightening. It turns out it’s the second highest you can drive in Europe, and the road was absolutely breathtaking. We didn’t really spend much time in cities, which was nice—it was really great to be away from technology for a while, too.

The pictures make it seem like you covered a vast, people-less terrain. Was that it, more or less?

Not entirely. I think the feeling of being almost isolated in these places does come across in my work, being an outsider in the countries that I visited. I tried to stay away from built -up areas or the well known towns and cities. The title of the work came from my want and almost need to make the trip with no definite path. I wanted to just make decisions purely on how we felt. If we thought one way may turn out better we would go that way. “Lost Along The Way” just summarizes this notion of freedom—sure, we had a path, we were travelling from England and back to England, but wherever we found ourselves along the way we were lost, in all senses of the word.

I think I unconsciously managed to make photographs that didn’t include people—just one image shows humans, but more hint at man’s impact
on the landscape. At the time it didn’t really cross my mind. It was only when I returned and looked through my contact sheets that I realized that I had a distinct lack of people in my images. Maybe it reflects what sort of state of mind I was in when I was away, in much of my work I feel it is important to be receptive to my surroundings.

I enjoy driving alone. Recently I’ve been making work that is a couple of hours’ drive from where I live, and the journey itself has become important to me. Waking up when it is still dark and traversing the land alone, silently, with nobody else really on the roads around me—it seems to really help to put me in the right mindset to make photographs. This usually ends in getting to a location and then walking to find something, whatever it may be. Photography is a lonesome trade really. I spend hours alone making work on location, or even scanning and editing at home—this comes across visually in much of my work, I think.

Who inspires you when it comes to landscapes?

Recently I have been looking at the work that was featured in the “New Topographics” exhibition back in 1975, photographers such as Robert Adams, Bernd and Hilla Becher, Frank Gohlke, and Stephen Shore. I am fond of the deadpan style that these photographers employed—the influence it’s had on contemporary photography is definitely noticeable.

Talking about contemporary artists, someone like Alec Soth’s work is very interesting to me; the way his bodies of work are pieced together very carefully in this sort of lyrical fashion is very inspiring. The majority of the photographers who I admire shoot with large-format cameras. I think the process of slowing down that happens when making work in this manner is important.