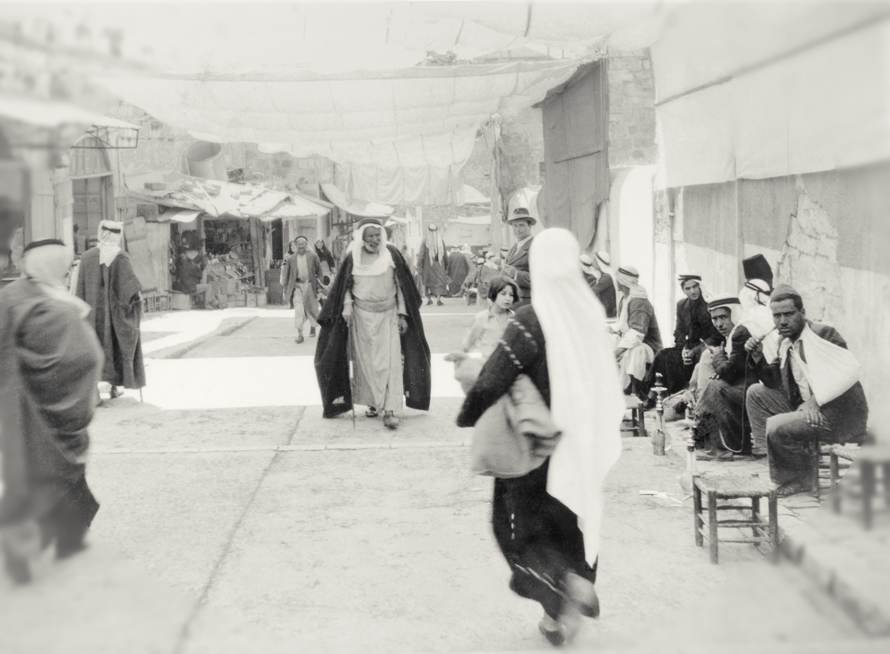 Fifty years ago, painter Lynda Fay Braun received an album of pictures from her aunt that catalogued a 1937 trip to Palestine—snapshots from day-to-day life during a period of great upheaval.

In the conversation below, Braun recounts how her aunt came to travel to Palestine, what she brought home (besides the photographs), and what it was like to discover a fellow artist in the family. 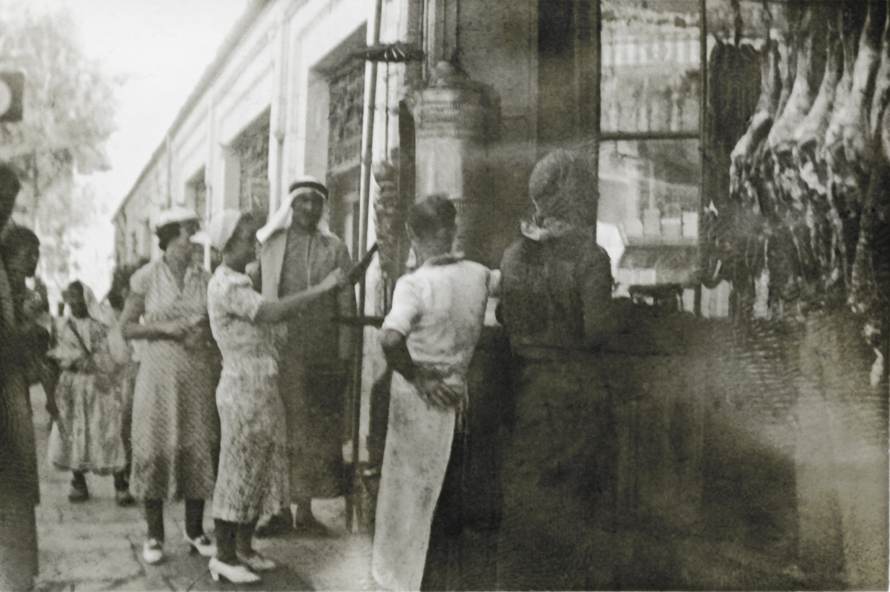 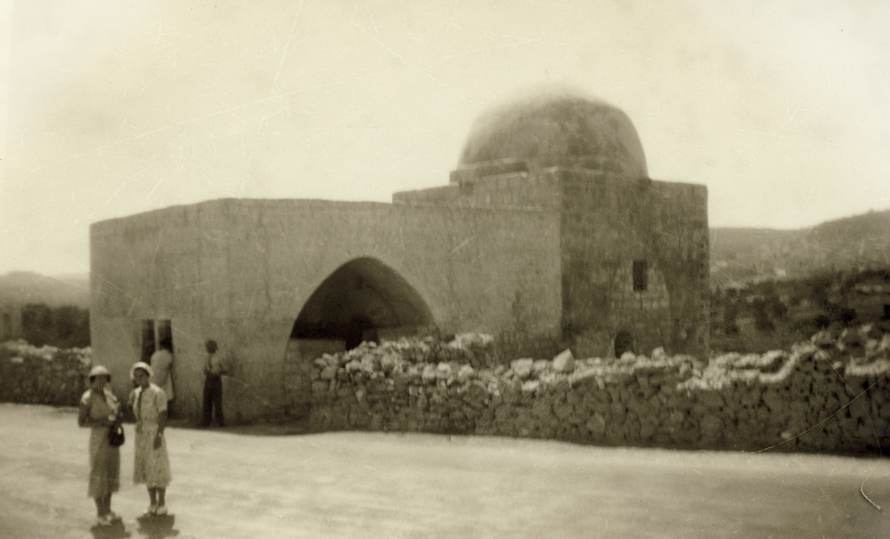 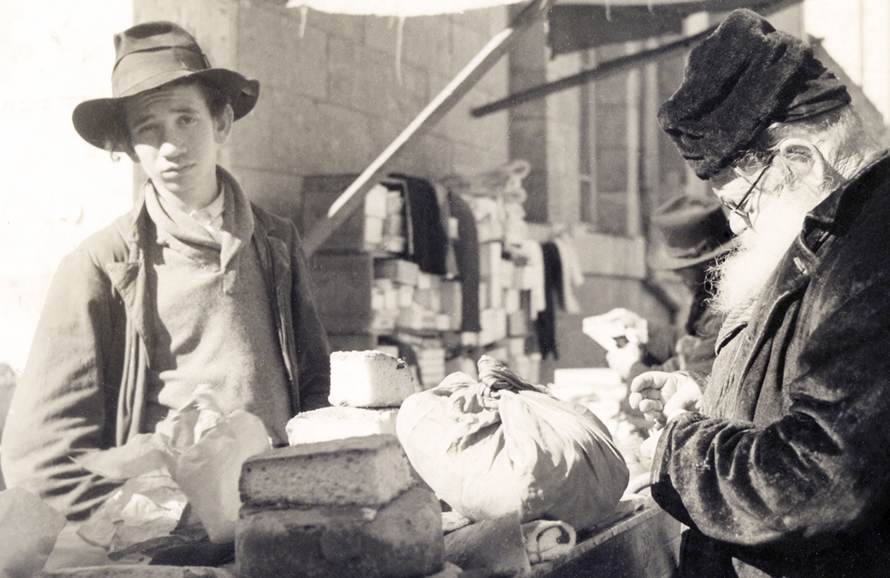 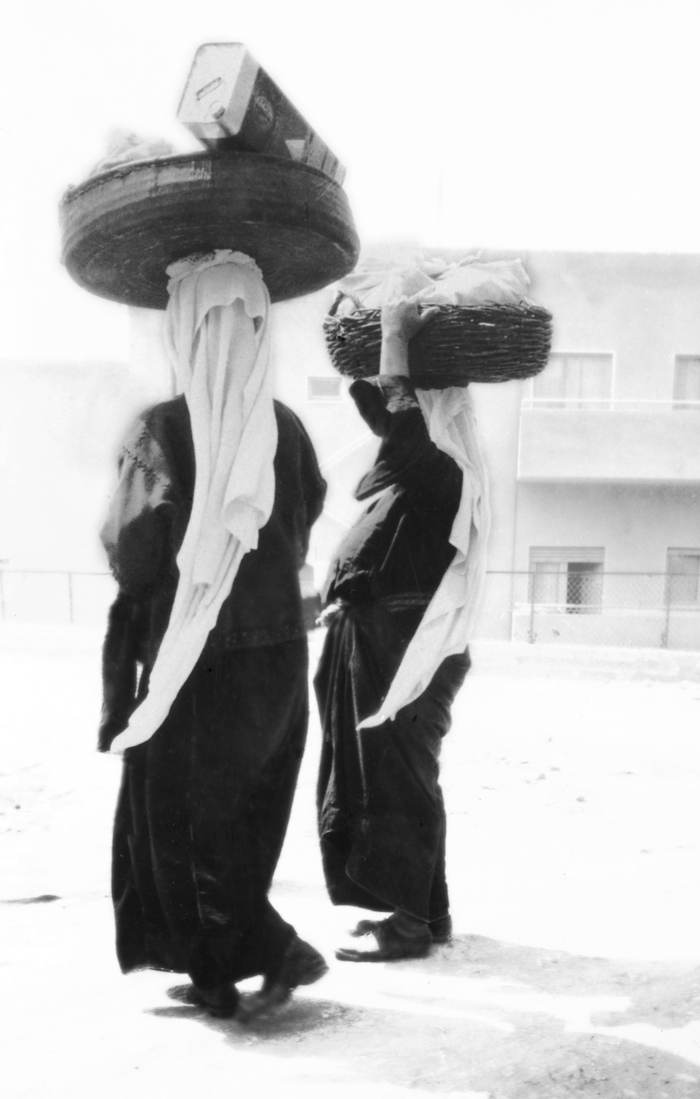 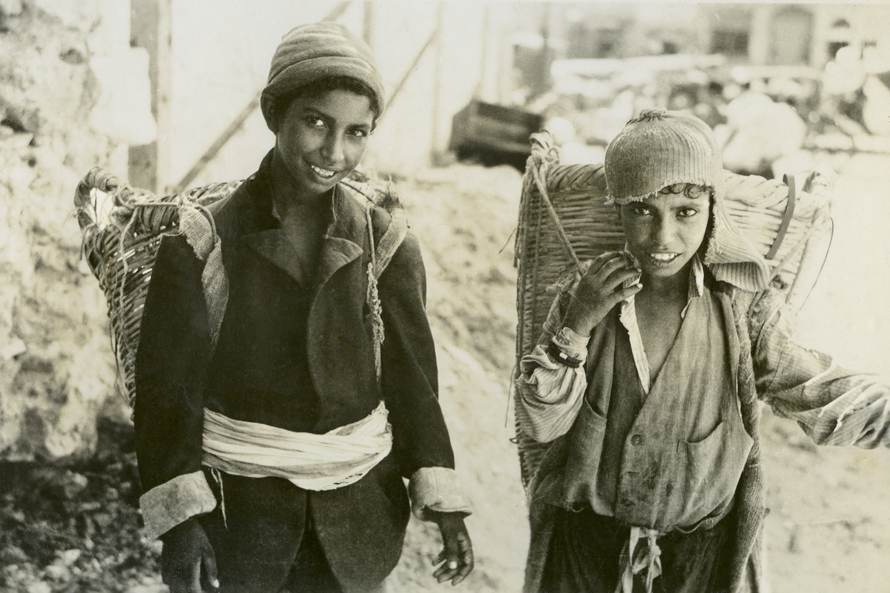 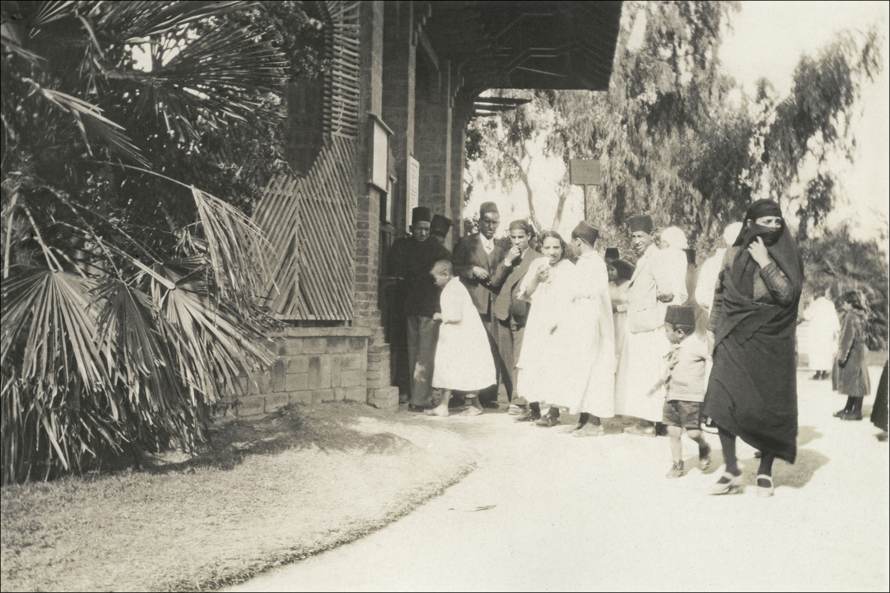 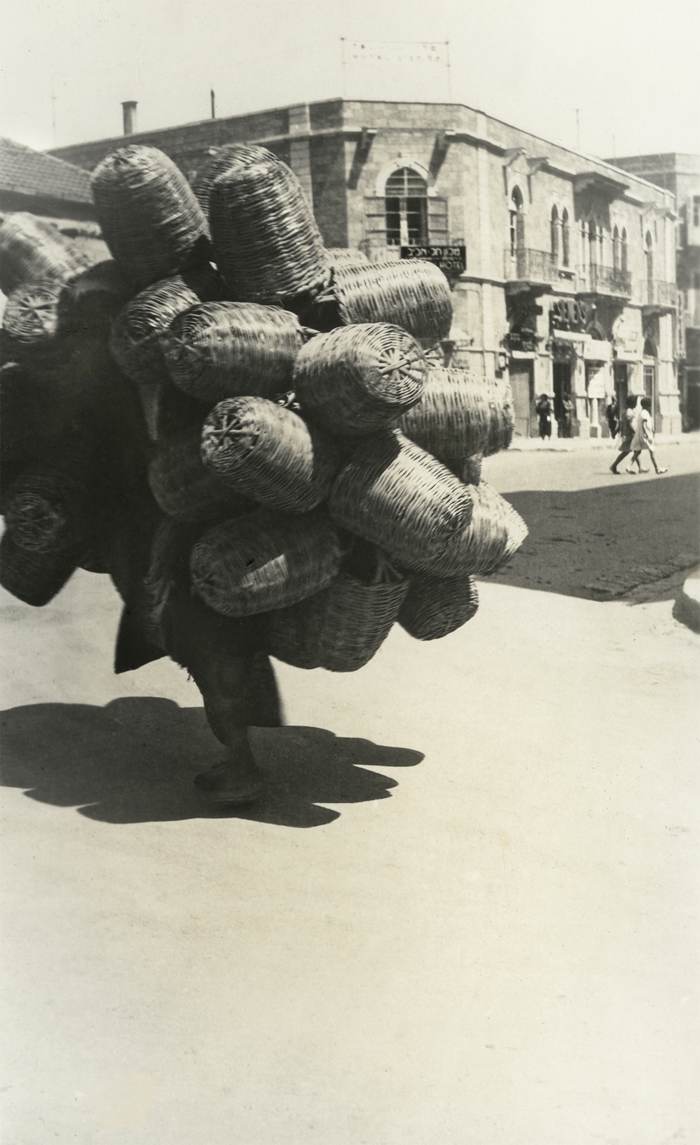 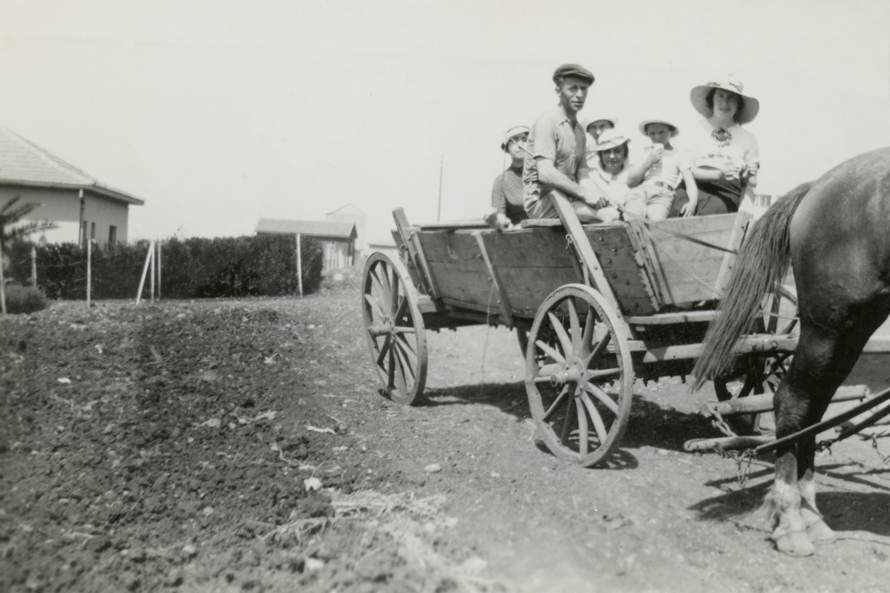 Why did Pearl go to Palestine?

The photographs in this collection are dated 1937. The letter for passengers returning to the U.S., which I also have, is dated 1941. During this period of time, history was being made with the formation of Israel and the partitioning of Palestine. The Jewish population in Palestine was involved in production of equipment, food, and other necessities in support of the allied war effort. Refugees were arriving every day from Europe. I was told as a child that Aunt Pearl went there to assist in the cause. As I look at these pictures, I try to reconcile the Aunt Pearl I knew with the brave, pretty young woman who went to Palestine in those troubling times at the age of 27. I imagine that, as well as being driven by the desire to be involved in the events that were unfolding, she also ventured out of the safe confines of upstate New York to seek a husband as well as get away from an oppressive family situation.

Pearl grew up on a farm in Schodack, NY, where her mother took in boarders from New York City looking for rest, fresh air, and dairy. It was what was called at the time a “milk farm.” It was a strict home life with dominating parents, six siblings, and much labor. Her mother passed away when she was a quiet young. Pearl was one of four girls in a family of seven children. My father was the youngest. Their father, Frank Braun, born in Lithuania, was devoutly religious. He ran a small construction company, very much the patriarch. Everyone obeyed him right up until the very end, and he lived to be 97.

All I really know of the details is that Pearl went on a ship with other Americans, and returned with a husband, Zachary Chertok, that the family clearly disapproved of. The gist was that he just wanted to immigrate to the U.S. and was using her to that end—hinting that no man could really want Pearl for a wife. I have no doubt her sisters made his life miserable. I met Zak only once, with his little yellow dog. Just like they said, he departed, leaving Pearl at home with her aging father.

Was she already a photographer? How would you characterize Pearl’s photographic eye?

No, there was never a hint that she had any talent whatsoever. That’s what made the discovery of the artistic, sensitive quality of these pictures so exciting to me… Pearl gave me this album shortly before she passed away in 1960—I think because at a young age I was already very curious about exotic places, esoteric things, and especially different religions. I spent many hours in her bedroom. There were books on spiritualism and yoga. Mind you, this was in the late ’40s, early ’50s, so you can understand what an oddball she must have seemed to an otherwise orthodox family.

I carried this album around with me for 50 years. It wasn’t until 2009, in a Digital Scanning class, that I enlarged them and was able to see what was in these little pictures. In total, there were 180 photographs. They were one-three inches, with a deckled edge of the kind produced by a Brownie camera. For the most part the pictures remained almost unscathed by age, probably due to the fact that they were held down with corners—no glues involved—and each page had a beautiful spider web embossed interleaf. Also, they were printed on a very high quality paper made in Germany which was the standard fare of the time.

I spent a lot of time digitally cleaning and restoring the faded colors in each photograph. I do feel I have added something to them, maybe some sense of coherent drama. I have made subtle but important changes in contrast, and cropped here and there to bring the viewer’s eyes to focus on what seems to be the important aspect that reveals a story. Otherwise I did no alterations. I hope in the future to make them even larger. Perhaps an installation of some sort on is in the future.

As a painter yourself, how did you feel about curating and presenting someone else’s work?

I am trained extensively as an artist. My 40 years of being an abstract painter have given me the know-how to create visual impact and emote feelings through form. While I was working on these pictures it occurred to me that I could do this for other people as well, and so due to this project I am now restoring pictures and slides for clients. I love Photoshop. I love working with software, figuring out how to do whatever’s called for in a particular image. Every picture I work on is a creative challenge. I enjoy it and it brings in a bit of money. It is what we used to refer to as right livelihood. I enjoy bringing out the best in an image or a body of work—sometimes it takes searching for the essence in a picture or painting or body of work, and literally shining the light on it.