by Andrew Womack
The lights flickered, the computer blinked out (but not before I saved my Word doc! Ha!) there was a weird ‘chirping’ sound coming from outside the building. Something was definitely amiss. What was happening, however, was impossible to tell. What was pretty clear, however, was that I was going to be doing a lot of walking. On the way home I heard a variety of rumors, including:

1. The power’s out in the entire country.

2. The power’s out in the entire country and all of Canada.

3. There was an explosion and somebody’s definitely behind this but I don’t know who. (This was from a cop.)

An hour later, and with a bootful of blisters, I was back in Brooklyn, where I almost immediately found Rosecrans. One thing was for sure: His groceries were going to die of imminent room temperature, so he opened his fridge to us and then joined my wife in treating all of us to a gourmet dinner prepared entirely in the dark. 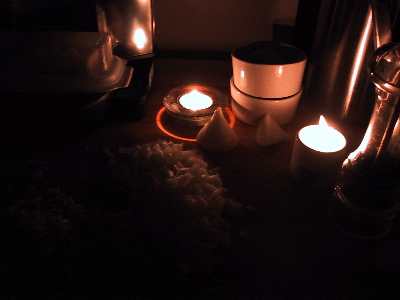 
So, that was food taken care of, but what to do with the rest of the night? And the next day?

Things to Do During A Blackout When You’re Bored

Drink some wine. We did this and it worked.

Make a stereo out of a paper bag, an iPod, and some seriously big headphones. It’s a lot louder than you’d guess.

Go up to the roof and look at a darkened Manhattan. Take photos. Use a flash or something because the photos did not come out at all.

Get out the cards and play solitaire. Win three times in a row and put up the cards because, seriously, that’s not going to happen again.

Buy a battery-powered radio. Have buyer’s remorse two hours later when your electricity comes chugging back on.

Do not – do not – eat the chicken salad.

Hang out in the park with friends. Play with a baby. 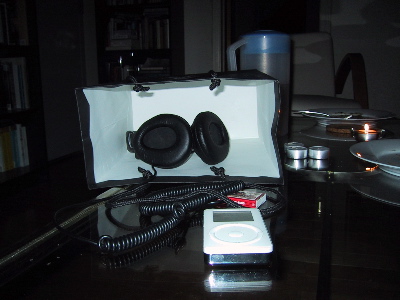